At this time of year our Branches and Sections hold their annual general meetings and the season is now well under way.

Read on to see that there is more to these meetings than electing officers, reading annual reports, discussing the accounts, etc. Each one incorporates an interesting talk or other event.

The Buildings Section kicked off the season this year at Widecombe Church House on 4 November 2017, followed by visits to notable buildings nearby. Next was Exeter Branch on 8 November, at its usual venue of the Mint Methodist Church in the city; their meeting was followed by a question and answer section, with Dr Sue Andrew representing the Executive to take the difficult questions.

We then skip to 10 January, when Plymouth Branch held its AGM at the Athenaeum. Members were invited to bring digital pictures or exhibits or make short talks after the meeting. South Devon Branch was next on the 18th in Newton Abbot’s Town Hall. A tea and raffle followed their meeting. The Geology Section’s AGM started at 10.30am on the 20th at Torquay Museum and was followed by a joint meeting with the Torquay Museum Society and a personal story by their incoming Chairman. On the same day but at 2:30pm, the Entomology Section’s AGM, at the Boniface Centre in Crediton led up to a talk on the Horrid Ground Weaver which, though minuscule, has the ability to stop building developments. Next up was the History Section, on 29 January – also at The Mint Methodist Church in Exeter: the meeting was followed by updates on important projects in which the Section is involved. 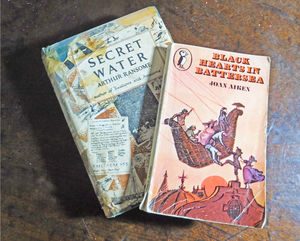 Into February, we have the Botany Section at 11 am on the 3rd, at Thorverton Memorial Hall. After their meeting they had a slideshow and a walk to look at lichens and bryophytes. The Literature and Art Section followed on the same day at 2.30pm – members were encouraged to bring and talk about the books they loved as children. Then on the 8th, the Industrial Archaeology Section meets at 10.30am in Victory Hall in Broadclyst, a talk on the industries that were active in Devon in the mid 19th century is the incentive here. The next day, 9 February, sees the East Devon Branch’s AGM in the Manor Pavilion Theatre in Sidmouth. This is followed by Dr Robin Wootton’s talk on “The Art and Craft of Illustrating Animals”.

Skipping then to March, the Axe Valley Branch has its AGM on the 21st at The Pavilion in Colyton – DA’s chairman, Peter Beacham entertains them with a talk on Buckfast Abbey. On 20 April is the Tavistock Branch meeting at the Tavistock Parish Centre. Their meeting is followed by an illustrated talk on Bronze Age Astronomy on Dartmoor. And finally on 21 April Bideford Branch meets at Burton Art Gallery in Bideford. They really do their members proud with a talk from David Fursdon LL, the current President of the DA, and lunch at the Cafe du Parc.

The main DA conference and AGM takes place this year on 1-3 June in Dartmouth. We will publish the full details and booking information as soon as possible.

If you are a member of the DA, please support your Branch and the Sections that you are interested in by attending their AGMs. Non-members with an interest in joining the DA will always be welcomed too.