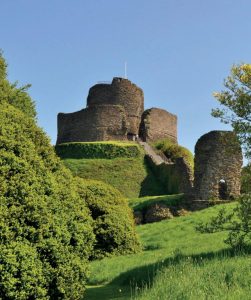 The Devonshire Association’s 157th Annual Conference and AGM was held at the The Eagle House Hotel and the Town Hall in Launceston, Cornwall from Friday 31 May to Sunday 2 June 2019.

As the Rev. Peter Beacham OBE, outgoing chairman of the Executive Committee, wrote in the programme that was printed for the event:

It is unusual, though not without precedent, for The Devonshire Association to venture beyond the county boundary for its Annual Conference and AGM and there are several reasons why Launceston promises to be a venue of unusual interest for us. Guarded by its castle, whose motte rises improbably steeply to a round tower high above its tight cluster of streets packed with ancient buildings, it retains the air of an ancient border town which was the land gateway from Devon to medieval Cornwall. For all the distinctiveness of the two counties, the connections between Devon and Cornwall are profound, not least that Cornwall was part of the Diocese of Exeter until the formation of the see of Truro in 1876. Our incoming President, John Allan, has done much to chronicle the medieval links between the Exeter Cathedral workshop and Launceston Priory, the largest and wealthiest in Cornwall at the Dissolution in 1539, and he will be leading a visit to the Priory site. 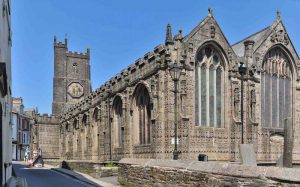 Our Public Lecturer, Peter Herring, is going to explore the interrelationship of the two moors, Dartmoor and Bodmin Moor. And our explorations will include a visit to Trecarrell to see the house built by Henry Trecarrell who was responsible for the astonishingly rich decoration [in granite!] of the parish church of St Mary Magdalene.

All this, and so much more. Do join us for all, or any part, of our three days – we can promise you will enjoy good company as well as all the other delights.

All events on Friday 31st May and Saturday 1st June (including the Public Lecture) took place in Launceston Town Hall, PL15 7AR, a reasonably level 5-minute walk from The Eagle House Hotel. 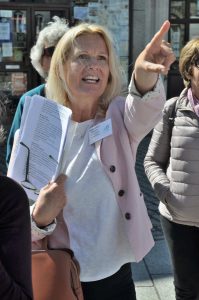 The conference began on the Friday afternoon with an informal gathering at the hotel. Delegates then walked the short distance to the Town Hall for an afternoon of presentations given by representatives of the Association’s Sections about the distinctiveness of Launceston and its surrounding area. The reports  were published in the Spring issue of DA News and can also be read here:

This was followed by a guided walk around the town led by our chairman Peter Beacham and Dr Bridget Gillard, our Registrar. 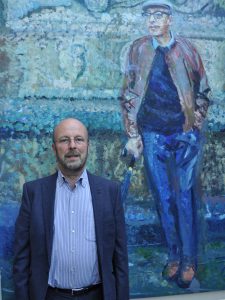 Friday evening began with the President’s Reception hosted by our President, Dame Suzi Leather, followed by the public lecture, given this year by Peter Herring and entitled Launceston in its landscape. The evening was rounded off by an informal hot buffet supper at the hotel.

Saturday morning was dedicated to the reading of papers to be included in this year’s volume, no. 151, of our Report and Transactions which is due to be published in December. The papers were presented or summarised in a session chaired by Professor Malcolm Hart:

The above papers were read by their authors. In addition the following were briefly summarised by Prof. Hart: 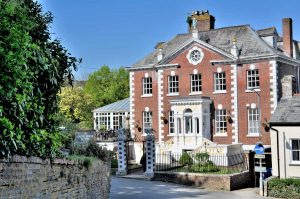 A fine buffet lunch was enjoyed in the Eagle House Hotel, following which the day continued back in the Town Hall with the Association’s Annual General Meeting chaired by our President Dame Suzi Leather.

After the acceptance of the minutes of last year’s AGM (held in Dartmouth) and a summary of the changes in membership during the last twelve months (a net increase of 14 members), Peter Beacham read his chairman’s report for the last year. Colin Turner then read the Treasurer’s report and the Association’s accounts for the year 2018 were accepted with no queries.

An amendment to Rule 18 (date of subscription renewal for new members) was proposed by the Hon. Sec. and was accepted unanimously (details are here). 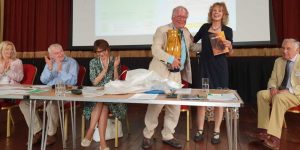 This year there were two major changes to the Executive Committee: Peter Beacham stepped down as Chair to be replaced by Dr Susan Andrew, and Nick Wells was replaced as Honorary Secretary by Dr Ian Varndell. After the other AGM business, Sue presented Peter with a token of appreciation for his five years as Chairman of the DA. In turn Peter gave a gift to Nick to thank him for the support that he has provided as Hon. Sec. since 2016. Then, on behalf of the Association, Peter gave a gift to Dame Suzi in recognition of her year’s presidency. Lastly Peter passed the chain of office to Sue, his successor as Chair.

Following a break for tea and biscuits, Dame Suzi introduced John Allan, her successor as President and conducted his installation. John Allan then gave his presidential address entitled Polynesian artefacts in Georgian Devon.

Saturday’s events were concluded after an early evening informal gathering in the hotel’s bar by a dinner hosted by the Association’s new Chair, Dr Sue Andrew. 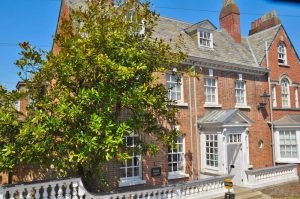 There was a choice of visits on Sunday 2nd June.

In the morning delegates could either attend a walk led by John Allan from Launceston Castle to the site of the priory and the church of St Thomas, or they could visit the Lawrence House Museum which was opened specially for us.

The options for the afternoon were either a visit to Trecarrell Manor for a presentation by Mr Neil Burden and an optional cream tea, or a visit to Treguddick Manor for an introduction to the English Spirit distillery and tastings of their spirits.

The Association is greatly indebted to Mrs Diana Sutherland for her invaluable help and advice in connection with the arrangements for this year’s Annual Conference. Thanks also to the curator of the Lawrence House Museum, Mr W. R. Jackson, who kindly agreed that the museum would remain open for us until 5 pm on the Friday evening, and also for our visit on Sunday morning.

All photos on this page are by Antony T. Buller (ATB) or John Maltby (JM), except where stated. Click on them to see larger versions. Conditions of reuse are here. 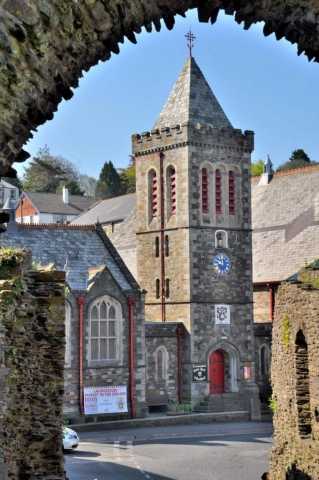 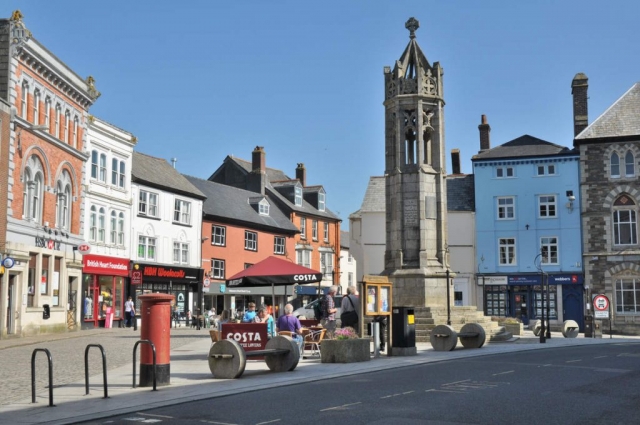 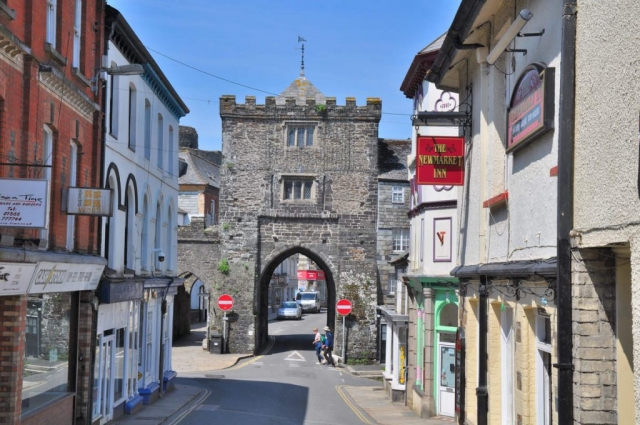 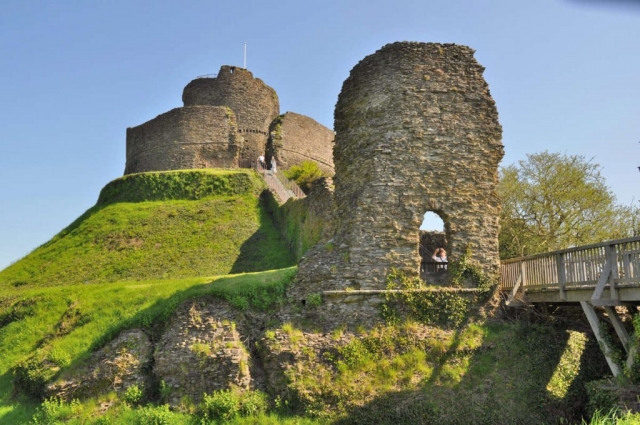 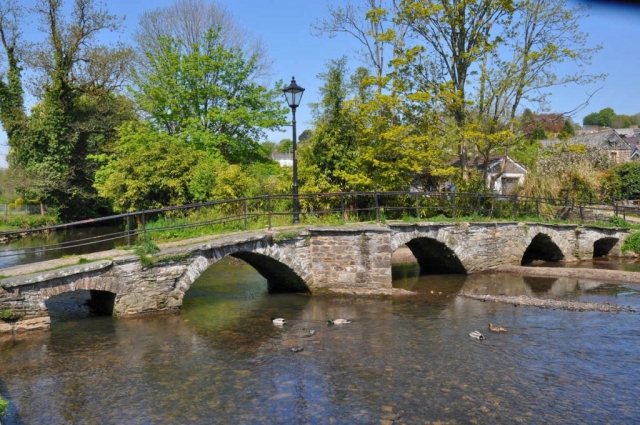 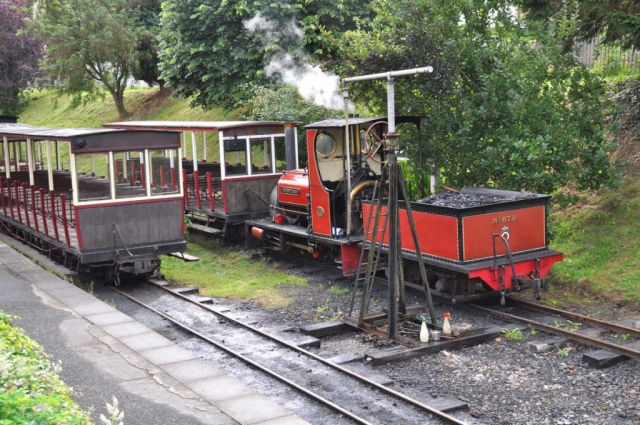 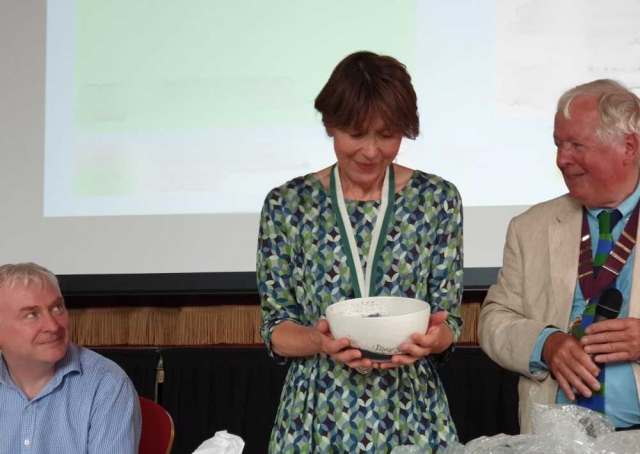 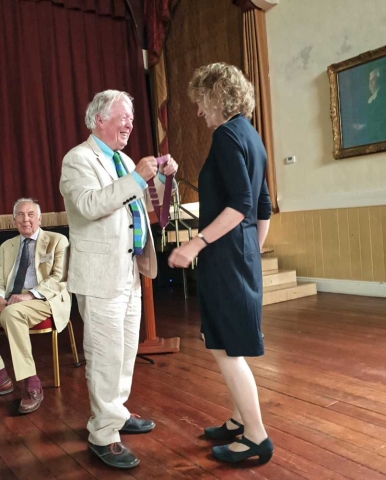 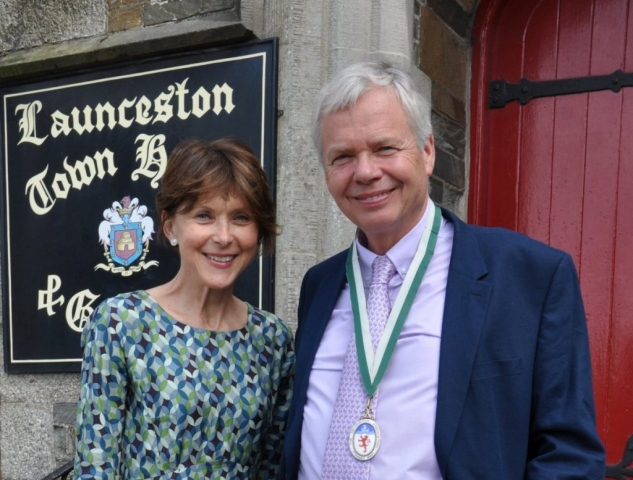 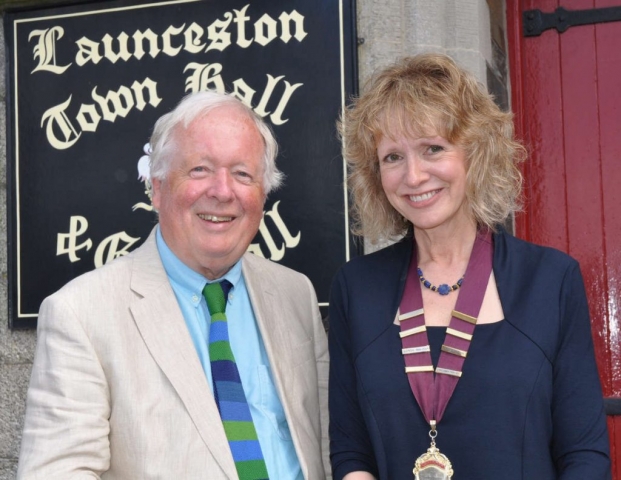 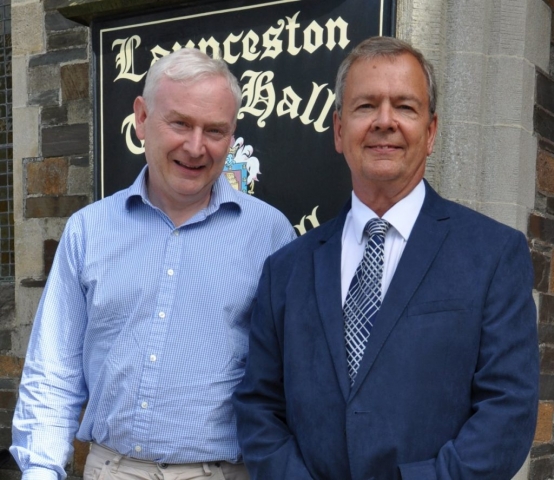