Axminster. Report from the Buildings Section 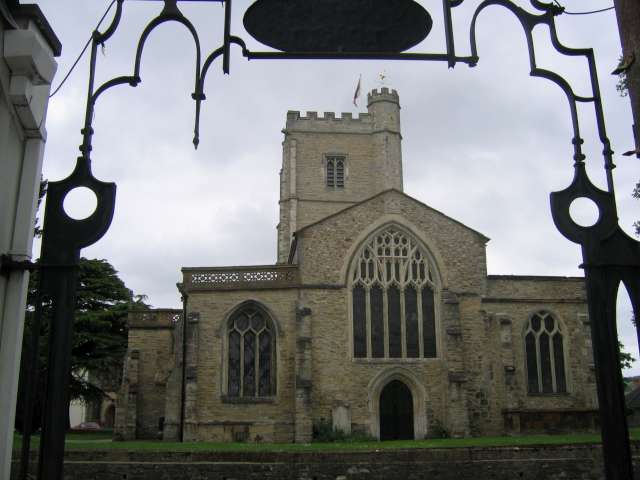 At Axminster, as the name implies, a monastery or large church once existed, founded there probably soon after 705. The parish church of St Mary (Grade II*) is of Norman origin, although only a doorway (c. 1150) remains, reset into the east end of the south aisle. The church is a cruciform structure with a central tower, its transepts enlarged into aisles at later dates. Parts of the chancel and the piers of the crossing tower are early 13th century. A chancel aisle was added on the south side c. 1480, the north aisle and porch in c. 1525–30 and the south aisle as late as 1800. Inside the church are a handsome pulpit and reading-desk (1633) and a fine chandelier (1750). Also listed (Grade II) is the United Reformed Church in Chard Street, built in the late 1820s.

The prosperity that came to the town in the 18th and 19th centuries with the manufacture of Axminster carpets led to the construction of numerous fine houses, clustered around the parish church and the streets leading away from there. There are almost 50 Grade II listed buildings within a short walking distance of the church. The former Register Office (c. 1850–60) in Silver Street is an early English Gothic style building. Also in Silver Street is the Axminster carpet factory, destroyed by fire in 1827 and replaced by a group of limestone buildings.

The George Hotel is an early 18th century coaching inn, on an island site in Chard Street, with a later 18th century assembly room with Venetian windows. On the opposite side of the street, a three-storey terrace, c. 1840, curves in and then out around the corner of West Street and Victoria Place. Again in Chard Street, lies an early 19th century shop front, angled across the corner, with a pair of small-paned bow windows. Further up Chard Street, ‘the best house in Axminster’, according to Pevsner, can be viewed from the street. This is Oak House (Grade II*), built in 1758, a fine red-brick dwelling with stone dressings, slate mansard roof with gabled ends, parapet with putti and urns, modillion cornice and rusticated quoins. The interior retains a contemporary open-well staircase, an 18th century carved wooden chimney-piece and moulded plaster ceiling cornices. 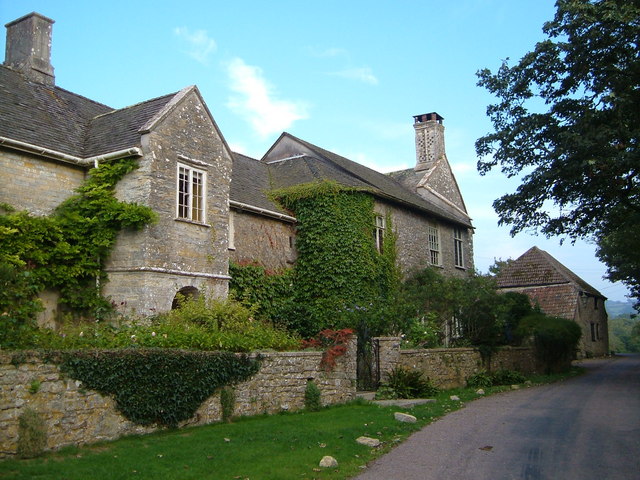 Outside the town centre are a good number of listed buildings, mainly farmhouses. To the south-west, lie Higher Abbey farmhouse (15th/16th century) and Lower Abbey farmhouse (18th/19th century), the latter incorporating medieval remains of Newenham Abbey founded in 1246. Further afield, a cluster of 16th and 17th century farmhouses is situated to the north-west of Axminster, beyond which are Tolcis House and farmhouse, both late medieval hall-houses in origin. To the north is Cloakham House, built in 1732, and Weycroft Hall, consisting of a two-storey range, a tower-porch and a medieval open hall, the windows of which are from c. 1400. Near the A35, to the south, are yet more listed farmhouses, including Higher Wyke farmhouse, a 17th century reconstruction of an earlier house, which is a good example of an unheated central room plan house, remodelled in about the early 19th century and little altered since.

Images from Wikimedia Commons – click on them for details