Axminster. Report from the Geology Section 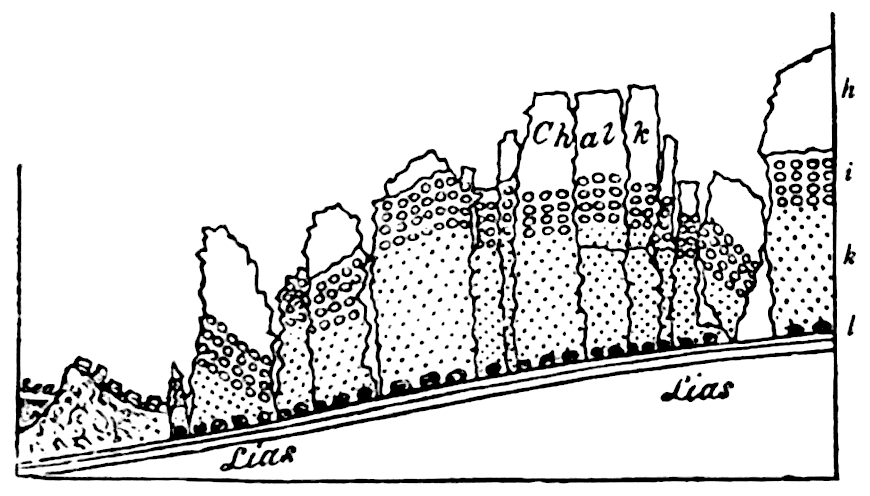 Axminster sits on the slopes of the Axe Valley, with the prominent scarp of the near horizontally bedded Cretaceous Greensand to the south and east. The town is close to England’s first natural World Heritage Site – the Jurassic Coast, and the geology of the area has some of the youngest rocks found in Devon.

Along the coast, it is possible to walk from the Late Triassic Mercia Mudstone group, formed of red mudstones and siltstones, the shales and limestones of the Penarth group to the Blue Lias. This Jurassic rock formed in deeper waters and is known for its fossils, including large ammonites and reptiles, such as those found near Lyme by Mary Anning. On the coast, from Axmouth to Lyme Regis lies the Undercliff, a National Nature Reserve formed entirely of landslipped material, including the famous Christmas Day landslip of 1839 when a large movement of land seaward formed Goat Island. 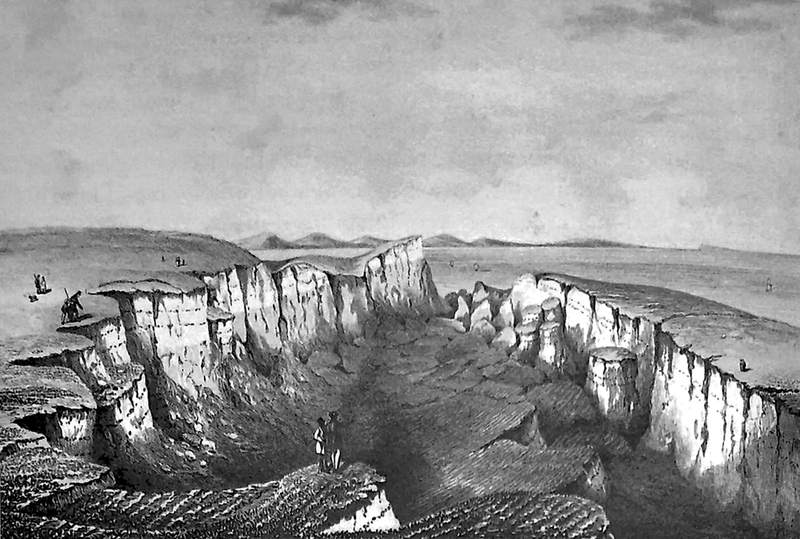 Just to the west, at Beer are some of the most westerly outcrops of the Cretaceous Chalk in England, preserved due to folding and faulting; elsewhere it has been eroded away. It can be seen in the cliffs and also at Beer caves where it was quarried for building stone. This creamy coloured stone can be carved with fine detail and later hardens on exposure to air, making it much prized by masons. The Romans are thought to have been the first to quarry here; since then, material quarried by hand has been used in many important buildings, including the cathedrals at Exeter, Wells and St Paul’s, and also the Tower of London, Windsor Castle and parts of Westminster Abbey.

The area is overlain by Quaternary clays and river terrace material. These can be seen in the landforms along the Axe Valley where a sequence of terraces remain. Wide gravel deposits formed in the Pleistocene, and these have been extensively quarried in the past, especially at Kilmington, Broom and Chard Junction pits. The pits are significant for hand axe finds and are a key part of the history of early man in Britain.

There are two prominent geologists connected with Axminster who are important in the history of geology; William Buckland, who described and named the dinosaur Megalosaurus, was born here, and William Conybeare was Vicar of Axminster and the first to describe Plesiosaurus. In 1823, Buckland published Reliquiae Diluvianae, where he wrote of the effect of the Great Flood described in the Bible. He thought that this could have been the cause of the formation of the gravels of the River Axe, though he did later accept that they could have been formed by rivers in much colder climates. Buckland and Conybeare also recorded the great Axmouth landslip of 1839, even suggesting that a new naval port could be put in the short-lived natural harbour that formed there.