Axminster. Report from the History Section

Axminster is full of history. The Celts built a large number of hill forts, such as at Musbury and Membury, all within a very small area. Many of them are now wooded and provide pleasant walks. By the end of the 2nd century, the Romans had pacified England and built their road network. One of these, the Fosse Way, went from Axmouth to Lincoln. Axminster was but a short distance from which they could control the port of Axmouth and the surroundings. In 705, the Christianised Saxons showed how important this place was when they built the minster which gave the town its name. It was not a large building, but it showed how settled the early Devonians were.

A controversial part of Axminster’s history was its claim, amongst many places, to be the site of the battle of Brunanburg in the 10th century when Athelstan beat the Vikings. Many historians question whether such a battle ever took place, so perhaps we can leave this to Axminster’s legends. After the Norman conquest, Axminster’s prosperity was linked to its infrastructure and it became a market town. 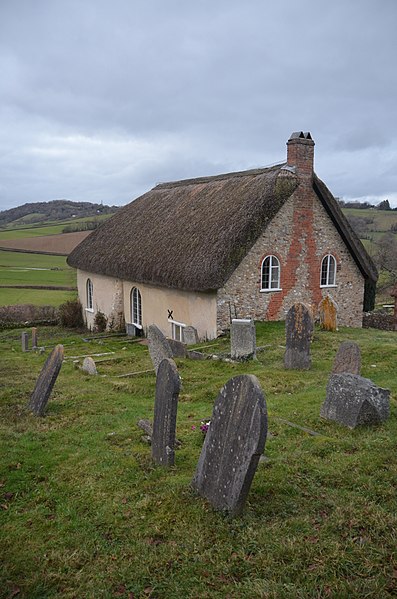 The 17th century saw turmoil in Axminster. Under Charles II, dissenters were harassed and punished, so the local Baptists took advantage of the very confused county boundaries and put many churches on the Devon/Dorset/Somerset boundaries. One of these, Loughwood, has cob walls, a thatched roof and a 17th century interior: a visit is a ‘must’ for historians. Men from Axminster took part in the Monmouth rebellion and suffered the usual fate from Judge Jefferies. John Churchill was born in Musbury in 1650. He became a successful general for James II – with the arrival of William of Orange in 1688 at Brixham, Churchill changed sides. Axminster saw no more of him. He continued his generalship, becoming the first Duke of Marlborough: a Devon lad made good?

Axmouth had a fishery and local agents took fish to Exeter. The marshes near Seaton were used to make sea salt until Eleanor of Aquitaine became Henry II’s wife, when it was overshadowed because she controlled the large salt production in south west France. North of the marshes towards Axminster, the grass was supposed to be so good that fish merchants using the old Roman roads put their horses there to be refreshed and ready for their long and well-laden journeys to their markets.

In the 1860s, the railway arrived and in the inter-war period took holidaymakers through Axminster to the coastal towns. This declined after World War II, and the Beeching axe meant that the town had just a station on a minor line. Axminster recently has had business revivals which show that its history is still alive. In 1972, the tool company started and is important nationally. The success of the River Cottage TV programme with its promotion of ‘real’ and local food has meant that Hugh Fearnley-Whittingstall has moved across from Dorset and has a restaurant in the town.