Book review. The Bidlakes of Bridestowe 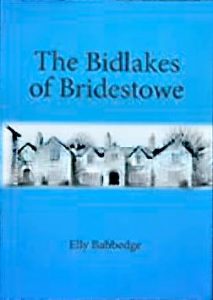 The Bidlakes of Bridestowe, as its title suggests, is an account of an ancient Devon family of Great Bidlake, an Elizabethan grade II* listed manor house at Bridestowe, West Devon. Elly Babbedge delves deep into the records to reveal tales of charges of high treason in the Civil War in 1642 against the Royalist Henry Bidlake; fraudulent claims to the estate made by an ‘insolvent debtor’, Richard Becklake, in the 1750s; and the Bidlake family of watch and clock makers in the late eighteenth and nineteenth centuries.

As James Bidlake points out in an epilogue: ‘…the Bidlakes were not bawdy or profligate, but generation after generation carefully looked after what was close to them: family and land’. Babbedge’s study continues that care, teasing out historical detail and setting it in context, in an accessible work which is clearly the result of much research.