Cullompton. Report from the History Section

Situated predominantly to the west of the river Culm, and north-east of Exeter, Cullompton is an important mid-Devon town with a long history.

The name ‘Culm’ probably derives from the Welsh word ‘Cwlm’, meaning ‘knot’, indicating the twist and turns of the river. Originally the town was called Columtune, from the Saxon word ’tun’ or settlement on the river Culm. When St Columba preached in the area it became known as Columba’s town while at the time of Alfred the Great it was given the name Colitina.

Despite the importance of the river Culm to the town, particularly during the Industrial Revolution, the area surrounding Shortlands Lane has been prominent in the town’s history from earlier times. The Romans constructed fortifications here, in the form of two hill forts. They also built two roads, one linking Bampton with Hembury Fort, the other reportedly connecting with Portway, a Roman road linking London to Weymouth. In 1356 the Abbot of Buckland presented the town with its first water supply, from a pond at Shortlands. Water was fed to three channels or leats , one of which formed a water course each side of Fore Street.

In the 17th century, there is evidence to show the existence of a narrow strip of land called a burgage plot alongside Shortlands Lane. This was a tenure whereby burgesses or townspeople held lands or ‘tenements’ from the King or other landowner, usually for a fixed rent. 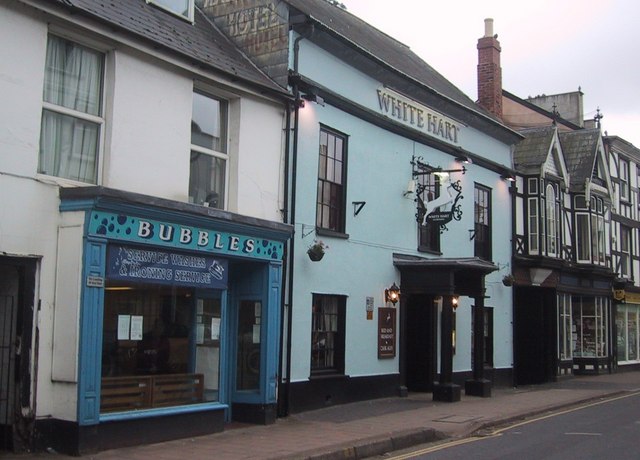 Cullompton has played a significant role in Devon’s infrastructure. Before the mid-18th century, Devon’s roads were in a poor state, which led to the setting up of Turnpike Trusts. These Trusts allowed tolls to be charged, providing a source of funding for the building and maintenance of important transport routes. Cullompton was a central point for four of these Turnpike Trusts: Exeter, Honiton, Tiverton and Cullompton. The White Hart, in Fore Street, featured in this network. In the 1800s, when James Tapscott was landlord, it was a post house. Larger than it is today, it had stables and a field to accommodate the horses. One report says that General Buller, who made an unsuccessful attempt to rescue General Gordon at Khartoum, once stayed there.

The railways came to Cullompton on 1 May 1844. Improvements were made to the station in 1931, but it closed to passenger transport in October 1964. Shortly after that the A38 Cullompton bypass was built, passing the town to the east. By the mid-1970s this was upgraded to form part of the M5. Trade has been important in Cullompton for centuries. In 1278 the town was granted the right to hold Thursday markets. As in many other parts of Devon, the main commodity to emerge was wool. During the 18th century Cullompton was one of the top four cloth towns in Devon. The Fox brothers played a large part in this. In the late 1700s Thomas Fox and his wife Sarah worked hard to build up their business in Tonedale near Wellington. As Quakers they were careful to protect their employees’ well-being. In 1873 the firm introduced such facilities as free medical attendance and a company pension. With their success came expansion and the setting up of a subsidiary factory in Cullompton.

In 1523 the philanthropist John Trott bequeathed a sum of money to build almshouses for the benefit of six poor men of Cullompton. His generosity endured: as recently as the early 1800s, older residents of the town still lived in the almshouses, and in 1883 James Martin left a further £400 to restore and extend them. Eventually the buildings came under the governance of a Board of Trustees. When they started to fall into disrepair, the Board attempted to change the rules relating to the use of the property. At the time they were unsuccessful, being opposed by the residents. However, the property has more recently been used as a bell foundry.

Photo from Wikimedia Commons – click on it for details