Launceston. Report from the Botany Section

The area around Launceston has a flora typical of a farmed landscape with rolling hills, small valleys, woodlands, a few wetlands and scattered rural villages, on both the Cornish and Devonian sides of the River Tamar. Though not remarkable in a national context, there are some species more common in the Launceston area of Cornwall than in other parts of the county.

The middle parts of the Inny and Kensey valleys have the only native Cornish sites for Water Avens (Geum rivale); one of only two Cornish sites for Wood Horsetail (Equisetum sylvaticum); and only recently Welted Thistle (Carduus crispus), a thistle common in much of lowland Britain, was found on waste ground in Launceston, the first record for Cornwall since before 1980. Goldilocks Buttercup (Ranunculus auricomus), Hard Shield-fern (Polystichum aculeatum) and Bearded Couch (Elymus caninus) are, in Cornwall, species almost restricted to the Tamar Valley. Another Cornish rarity, Rough Hawkbit (Leontodon hispidus), is found in unimproved grassland of churchyards or cemeteries in the Launceston area, as at Werrington, Boyton and Launceston Cemetery. Another species of note is the archaeophyte Babington’s Leek (Allium ampeloprasum var. babingtonii), a national rarity with core distribution in west Cornwall, which grows in a few spots in Launceston.

The Launceston area was well recorded in the past. William Wise F.L.S., a past mayor of Launceston and local chemist, contributed many records to Davey’s Flora of Cornwall (1909) and made two herbaria of plants in the Launceston area (and further afield) up until 1932. One (LAUS) is on display in the Lawrence House Museum, whilst the other (LAUN) is with Launceston College. Some of Wise’s specimens are of species still found in the Launceston area: Dwarf Elder (Sambucus ebulus), an archaeophyte rare in Cornwall, still grows near Newport industrial estate and Western Road, and the native Petty Whin (Genista anglica), collected in 1900, still grows on Laneast Down. However, some such as Oak Fern (Gymnocarpium Dryopteris) which he found near Kennard’s House has so far eluded the current Cornish recorders! 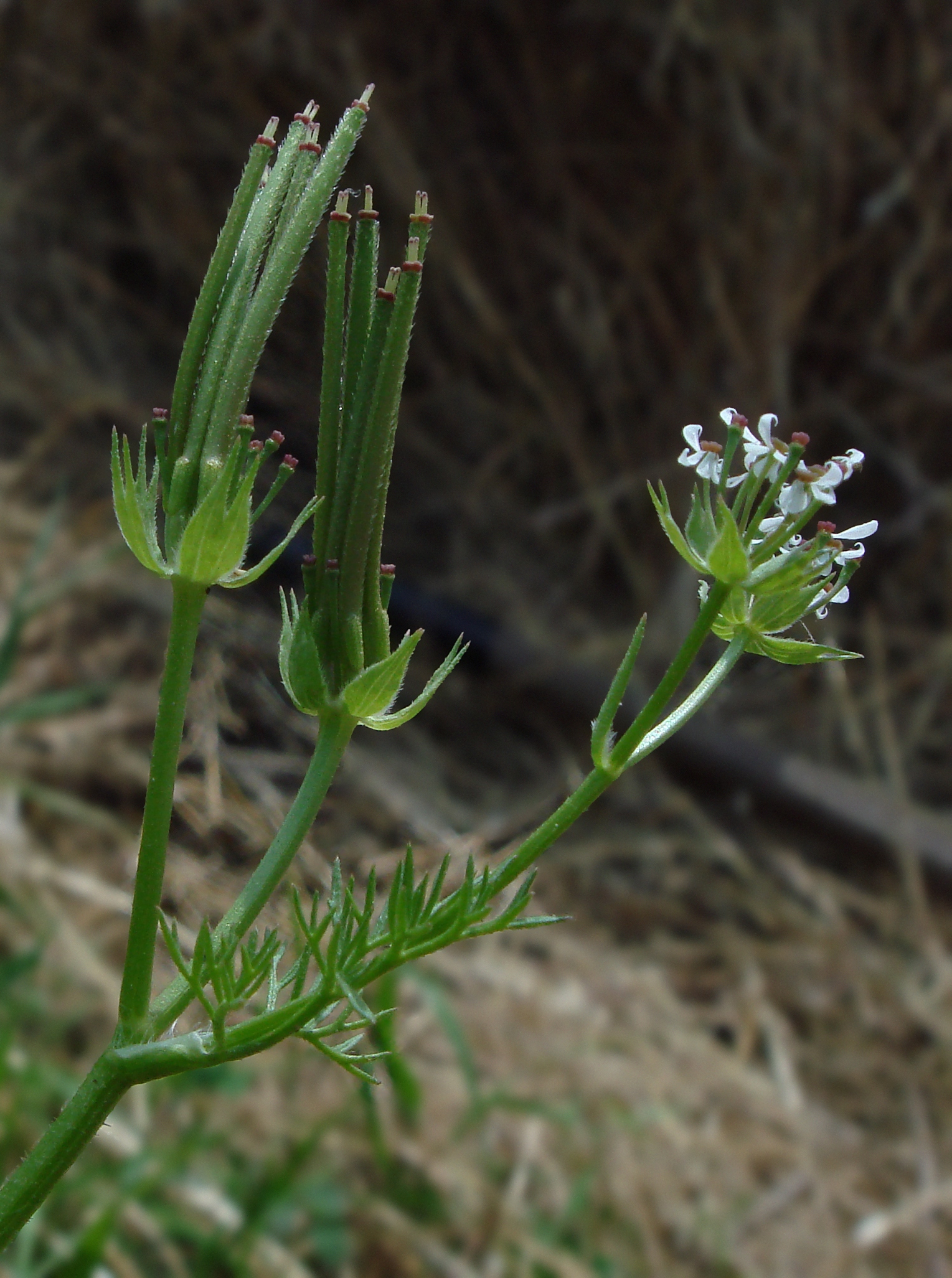 The Launceston area sometimes surprises. Though the area lacks cultivated land, in 2011 some very rare ‘weeds’ were found in organic arable fields in South Petherwin, just west of Launceston. Most remarkable was the super-abundance of tens of thousands of plants of Annual Knawel (Scleranthus annuus), one of the fastest declining species in the British Isles, in one of only three recent Cornish sites. Associates included other nationally rare or threatened arable plants such as Small-flowered Catchfly (Silene gallica), Stinking Chamomile (Anthemis cotula) and Weasel’s-snout (Misopates orontium). In 1892 Wise collected Shepherd’s-needle (Scandix pecten-veneris) in ‘cultivated fields around Launceston’. In Great Britain this rare arable plant is ‘Critically Endangered’, and has almost disappeared in Cornwall (in only one site in the last twenty years), but without Wise’s specimen we would not have known it would have been present in what we could have assumed was always a mostly pastoral area.

Several visits by the Cornish recorders since 2000 have covered the Launceston area by monad (1 km x 1 km), and the more intensive searching has re-discovered some of the species seen by William Wise and others as well as adding species new to the area.