Fig 1. Showing the “Rusthall Dome” on the right and the “Kensington Dome” on the left. View looking S.W. from the Observatory site.

The subject of the present communication is a brief account of the formation and work of the Hill Observatory, Salcombe Regis. This Observatory was started privately in 1913 by Sir Norman Lockyer and Lieut.-Colonel McClean, and in July, 1916, was formed into a Corporation under the Companies (Consolidation) Act.

The object in the first place was to provide a suitably situated and equipped observatory for the advancement of the study of Solar and Stellar Physics. It is essential in work of this nature to have telescopes of fairly large aperture, together with good atmospheric conditions. A smoke-laden atmosphere, the glare of artificial lights, and such-like inevitable adjuncts of a town form serious drawbacks, and it is considerations such as these which have led to observatories on the Continent and elsewhere being erected on or transferred to sites at a considerable altitude above sea-level. 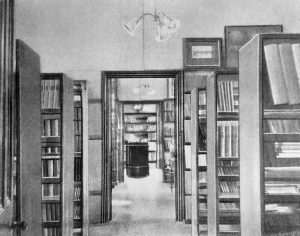 England alone up to the present has not possessed such a favourably situated observatory, and it was largely in order to remove this deficiency, and to enable England to rank high among the nations in the realm of Astrophysics, as it undoubtedly has done in the older science of Astronomy, that this Observatory was erected.

The site of the Observatory, which was presented to the Corporation by Sir Norman and Lady Lockyer, is excellently situated on the top of Salcombe Hill, near Sidmouth, at a height of 560 feet, and possesses an unbroken horizon in every direction. The meteorological conditions are very favourable, and it is well away from the tremors due to traffic and night glare and will always retain these advantages, the contour of the hill being unsuitable for the erection of many dwelling houses. It is thus eminently suited to the objects in view, and the results which have been obtained up to the present have fully justified the choice of its position. It is free from the occasional low-lying mists of the adjacent valleys, which rarely cover the top of the hill at night-time, and the purity of the sky on a cloudless night is extremely good. On the land are gravel quarries which have allowed of the buildings being constructed of concrete blocks made on the spot. Those at present erected consist principally of the following: 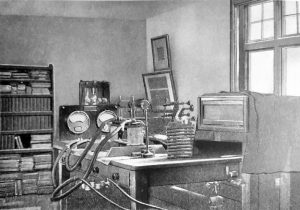 Fig 3. A corner of the spectroscopic laboratory.

(a) The laboratory, a building 104 x 21 feet divided into five rooms as follows: directors’ room, spectroscopic laboratory, library, photographic room and a workshop.

(e) The “Rusthall Observatory” with annexe and dark room.

(f) The “Kensington Observatory” with annexe and dark room.

There are also other constructions for housing some of the smaller instruments, and there is ample room for erecting further buildings both on and lower down the observing site.

At the foot of the green sand many springs issue, giving a good supply of water both summer and winter. One of these springs is led into a concrete reservoir through a filter bed and is pumped into a large concrete tank on the site of the Observatory, thus supplying the offices and buildings, by gravity, with water.

This was erected for experimental purposes prior to the setting up of the Rusthall Equatorial, and was in continuous use for the first few months. The Rusthall Equatorial, presented by Lieut.-Colonel McClean, consists of a twin telescope with object glasses of 12 and 10 inches aperture. The former is fitted with a 12-inch prism of 20 degrees’ angle and at the eye end a camera is in position. The 10-inch is for visual purposes only. The instrument is fitted with a Grubb control and pendulum and electric illuminations. This instrument is used chiefly for securing photographs of the spectra of the fainter stars. 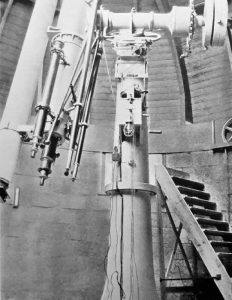 Fig 4. The Kensington Twin Equatorial. The 9-inch prismatic camera is the tube on the left, the 10-inch refractor being a little to the right.

In the Kensington Dome is another twin telescope of which the 9-inch prismatic camera, originally mounted in connection with the 21-inch siderostat, forms a part. It has a larger dispersion than the Rusthall telescope and is used for obtaining spectra of the brighter stars. The remaining part of the Kensington instrument is a visual telescope of 10-inches’ aperture mounted on the same pillar with the 9-inch prismatic camera already mentioned. This instrument is also fitted with electric illuminations and its motion electrically controlled.

The laboratory is equipped with spectroscopic and photographic apparatus, and wireless receiving apparatus is installed for the purpose of receiving time and weather signals daily from the Eiffel Tower and other sources.

In the power house is a 12 h.-p. Crossley oil engine, together with a single phase generator and a storage battery of 60 cells.

In addition to the above instruments a large reflecting telescope with a 30-inch mirror by Common is ready to be installed as soon as the requisite dome has been built.

The routine work carried on in the Observatory at the present time consists chiefly in photographing the spectra of stars and classifying them according to their temperature and chemical composition. There is also a line of research, suggested by the American astronomer, Professor Adams, who has found it possible from an examination of the spectra of stars to deduce with some accuracy the distances of certain classes of stars, and work of this nature is also being carried out at the Observatory. In addition special stars showing unusual or peculiar characteristics, new stars, comets, nebula and other interesting objects are photographed and discussed as occasion arises.

Already six Bulletins have been published, recording the work so far carried out, including classified catalogues of stellar spectra photographed at the Observatory. 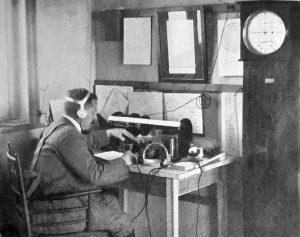 Fig 5. Wireless receiving apparatus for the time and weather signals.

A valuable research library is in process of formation, Sir Norman Lockyer having given his astronomical library to the Observatory and Lieut.-Colonel McClean has also added a number of useful volumes. It is hoped that from time to time astronomical students from some of the universities, desirous of carrying out some research at an observatory, may be admitted for short periods, when an instrument might be placed at their disposal. This procedure, however, has not yet been organized.

The Hill Observatory fortunately has a very strong Council to look after the welfare of the Institution, and in addition to a number of distinguished astronomers who are foreign members of the Corporation, a Research Committee of representative British astronomers has been formed to advise on the present and future work of the Observatory. This committee consists of the following: