Torquay. Report from the Botany Section 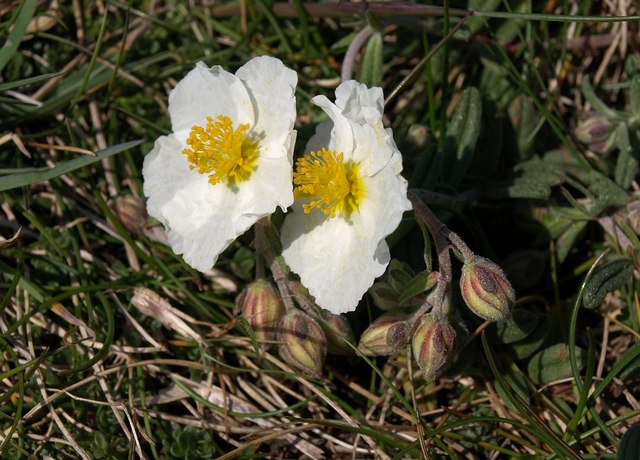 Stand amongst sheets of White Rockrose and Horseshoe Vetch on the southerly slopes of Berry Head, or in the dense thickets of Holm Oak and Shrubby Scorpion-vetch scrub near Daddyhole Plain and it is difficult to imagine a more Mediterranean scene in mainland Britain. The exposures of Devonian Limestone that encircle Torbay have given rise to some of the most fascinating and botanically-rich vegetation in our islands, and sites such as Wall’s Hill, Daddyhole Plain and Berry Head are considered floristic classics within botanical circles.

In reality, the Torbay flora was ‘discovered’ rather late in the day, compared with other botanical hotspots. True, the first two specialities – Autumn Squill and Small Hare’s-ear – were found in 1797 and 1802 respectively, but it wasn’t until the coming of the railway (1848) and the development of Torquay as a Victorian holiday resort in the following decades, that the area was truly put on the botanical map.

For the early visitors. good hunting grounds could be found within a couple of miles of Torre Station (few bothered with Berry Head in those days), but as the town grew so key sites, such as Park Hill, were lost to development, and today the botanical interests are largely confined to the coastal belt. Key amongst these are Wall’s Hill and Berry Head, major headlands to the north and south of Torbay respectively, but considerable additional botanical interest is to be found at smaller limestone sites, including Petit Tor, Daddyhole Plain, Churston Cove, Durl Head. and Sharkham Point.

The floral riches of this coastline are largely centred on the open grasslands, scrub and cliff communities of this exposed, breezy coastline. Woodland habitats – such a feature of the more northerly sites today – are largely secondary in nature, and rather dull, at least from a vascular plant perspective. The undoubted glory of this coastline are the Sheep’s-fescue / Carline Thistle coastal grasslands that dominate the warm dry cliff slopes, and extend a short distance inland onto the cliff-top plateau. These summer-droughted grasslands support many of the rarities for which the Torbay Limestones are famed, including Small Hare’s-ear, Dwarf Mouse-ear, Blue Fescue, Nit Grass, White Rockrose, Small Restharrow, and Honewort. More humid grasslands are important for their local abundance of Lesser Meadow-rue and – on northern sites –Bastard Balm, whilst another Berry Head classic – Goldilocks Aster – can best be considered as a species of such grassland where it grades into highly maritime Fescue-Carrot-dominated turf along the coast each side of Durl Head.

Cliffs and eroding cliff slopes add to the botanical riches. Permanently damp cliffs and tufaceous deposits with little or no frost provide a home to the Maidenhair Fern, which survives in welcome abundance in Anstey’s Cove despite the ravages of fern collectors, whilst boulder slopes and sheltered cliff faces are home to two rare Whitebeam ‘trees’, the Rock Whitebeam and the endemic Sorbus porrigentiformis, plus the rare but handsome Wood Vetch and Purple Gromwell.

As the Torbay conurbation has grown to become the second largest settlement in Devon, so the dual pressures of habitat destruction and cessation of traditional management have become manifold. Additionally, the threats posed by non-native invasives merely add to the problems facing conservationists and land managers along this coastline. But there is hope. Today, all the key botanical sites are protected as Sites of Special Scientific Interest, and most are managed for conservation and public access by the Torbay Coast and Countryside Trust. Inroads are now being made into ever-increasing swathes of scrub, and great strides have been made in controlling sprawling mats of alien cotoneasters and dense stands of Holm Oak. Where scrub and leaf-litter have been removed to reveal the original soil layer, White Rockrose, Little Robin and Horseshoe Vetch are germinating freely from buried seeds. And, slowly but surely, grazing is being reinstated to at least some of the slopes.

Photo from Wikimedia Commons – click on it for details