Like all Branches and Sections most events on our programme were either cancelled or postponed from April 2020. An exception was our joint meeting with the Sidmouth Science Festival in October, which was presented online. 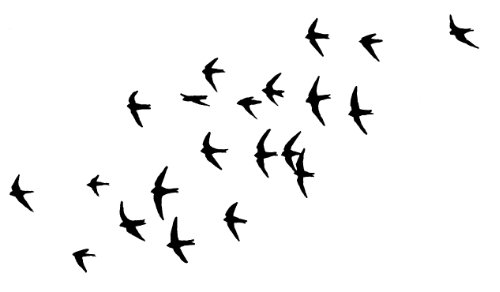 Nick Baker, local naturalist and TV producer explained how common swifts have been able to return to the tower of St Michael the Archangel in Chagford for the first time in twenty five years. While renovation was being done to the bell tower in 2016 thirty two specially designed nest boxes were placed behind the louvres and the strange screaming call of the swifts was played through a small speaker to attract them. Not very good for the neighbours! A number of swifts now live in the tower and four of the nest boxes have small cameras inside linked to screens in the church.

2020 proved to be a sad year for the East Devon Branch as it saw the passing of Joyce Hall, Don Arthur and Marienne Carnochan, whose contributions to the Branch and Association were enormous and they will all be missed. I have written obituaries for them in the DA News. When the Committee met on a Zoom conference in October it was decided to be brave and to move with the times by offering the remaining lectures on our programme online. At this meeting Vivien Arthur resigned from the Committee due to ill health. She was thanked for all she had done during her ten years on the Committee. This included organising four summer visits, being part of the the “Meet and Greet” team and suggesting speakers for many of our most successful lectures.

The first Zoom meeting of the East Devon Branch was subsequently held on 8 January 2021. An appreciative audience enjoyed Dr Robin Wootton’s knowledgeable and entertaining talk “Charles Kingsley – his writings and times”. We discovered that this eminent Victorian did far more than write Water Babies and Westward Ho! As a clergyman, university professor, social reformer, geologist, historian, novelist and poet he put forward controversial views on subjects as diverse as Christian Socialism and the lot of the rural poor and is believed to have influenced the work of Charles Darwin. Charles Kingsley was President of the Devonshire Association in 1871, so it was appropriate that one hundred and fifty years later our President Elect should start the year with such an enthralling presentation.

Sadly two members died in January 2021. Dr Clement Bristow had been a loyal member of the DA since 1986 and had supported the Branch in many ways. The sudden death of Margaret Wilby, following an accident, was a shock to many. Margaret was always willing to volunteer where needed. They will both be missed.

Illustration by permission of the South West Airfields Heritage Trust

Our next online meeting was on Friday 12 February 2021 when Brian Lane-Smith of the South West Airfield Heritage Trust spoke about Dunkeswell Airfield and its role in World War Two. Today Dunkeswell is a bleak place, but once it hummed with the sound of US Naval planes and American accents. Brian’s presentation was a photographic treat.

In 2020 the East Devon Branch welcomed ten new members and I regret that I have not been able to meet them. Sometime soon this will be possible, perhaps on a trip to Hestercombe Gardens, or at lunch with the Exeter Branch at the Exeter Golf and Country Club, or even at a lecture at the Manor Pavilion Sidmouth. Until then we must keep calm and carry on!