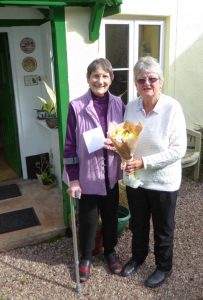 At our Branch Annual General Meeting in February thanks were extended to Marienne Carnochan for her outstanding contribution to the branch, following her retirement from the committee after thirty three years of service. Jean Turner and Derek Mountford were unanimously voted on to the committee and were welcomed and thanked for filling the gap left by Marienne.

After the AGM Dr Todd Gray MBE, always a highly popular speaker at our branch, gave a challenging talk entitled “Not One of Us”. Spanning the six centuries from 1451 to 1952, Todd considered the lives of individuals who were singled out in Exeter for being different. Many factors, including politics and religion, alienated certain citizens from the rest of Exeter and there were different outcomes, including execution, for those deemed to be “not one of us”. The session concluded with a lively question time and discussion which continued over a cup of tea.

In March our last talk of the winter season was held just before lockdown, a fact which was reflected in a lower than normal attendance. Mr Simon Dell MBE spoke on the history of policewomen, and in particular policewomen in the West Country. Taking as his title “The Fair Arm of the Law”, Simon began by showing a Punch cartoon of 1829, the year of the foundation of the Metropolitan police, lampooning the concept of female police officers. Throughout the nineteenth century male police officers were often assisted by their wives in matters related to the arrest of female prisoners. By the twentieth century the Suffragette Movement became closely linked to the recognition of women in the police force and in 1915 Mrs Edith Smith of Grantham became the first paid female police officer with powers of arrest. Much of Simon’s research has involved interviewing retired female members of the West Country Police Force whose fascinating photographs and experiences he shared with us. His last photograph of Cressida Dick, Commissioner of the Metropolitan Police Service in London, emphasised how far women have come in the police service in just under two hundred years. 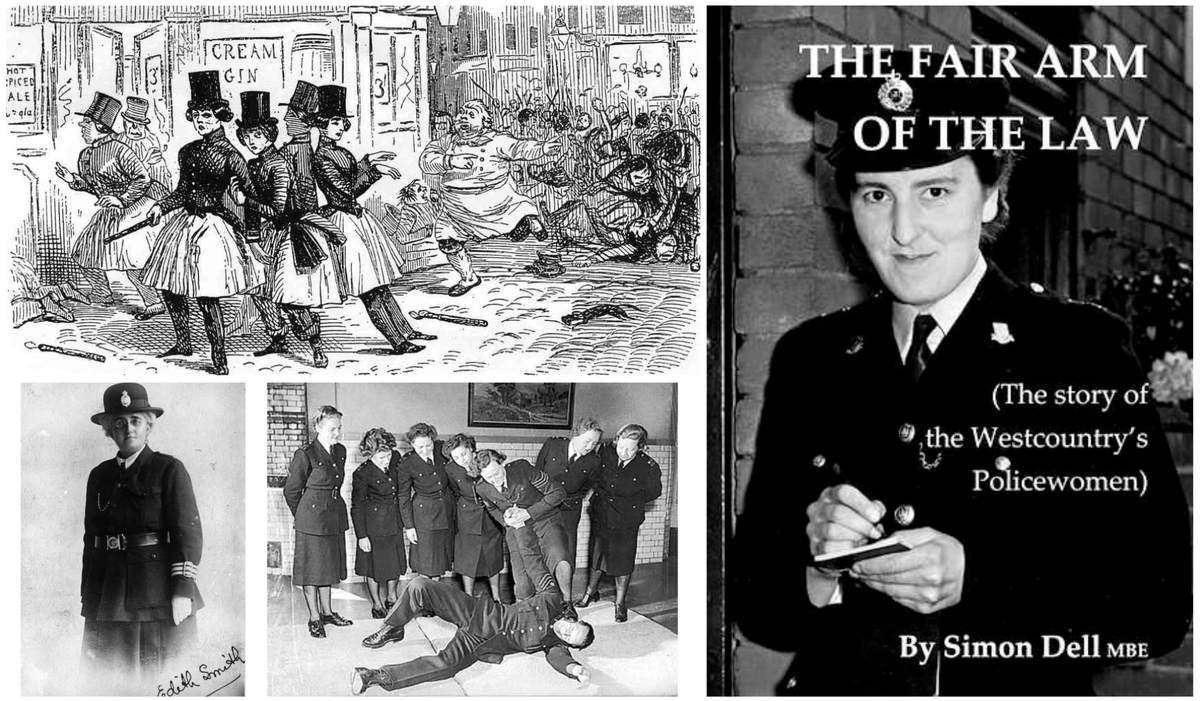 It is with great personal sadness that I have to report the death, in April, of committee member and friend Joyce Hall. Joyce joined our committee in 2005 and immediately took on the role of Publicity Officer, a position she worked hard at for twelve years. Joyce’s distribution of posters around East Devon and of cups of tea at all our lectures, did much to attract members and non members to our meetings. Her friendly smile and positive outlook will be missed and our condolences go to Brian and family.

As I write this the decision has been made to suspend all DA events until the end of the year. Ways are being explored to keep members in touch, including an online forum on the website, which hopefully East Devon Branch members will support. We might even Zoom! Our next meeting is therefore scheduled to be on 8 January 2021 when our President-elect, and good friend of the Branch, Dr Robin Wootton, will be speaking on “Charles Kingsley – his writings and times”. I look forward to reuniting with our members and getting back to normal then.