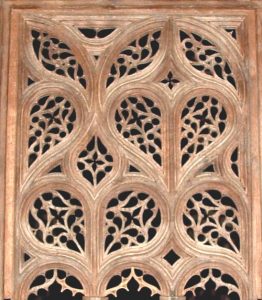 In this talk John will show that Devon and Cornwall had a large immigrant population at the end of the Middle Ages, among whom were skilled Breton craftsmen including woodcarvers. He will argue that there is a considerable body of late medieval woodcarving, including some of the most beautiful works surviving in Devon and Cornwall churches, which can be attributed to these woodworkers, and they also undertook work in our towns and country houses.

This is a joint meeting with Plymouth Archaeological Society and will be held in the Devonport Lecture Theatre of the Portland Square Building (facing North Hill next to Sherwell Church), University of Plymouth.