The Natural History of Butterflies and Moths (S Devon Branch) 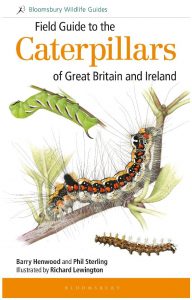 This talk, with a Devon focus, was given by Barry Henwood, who is a national expert on moths and their larvae and is the Devon county Recorder for moths.

Barry is a retired GP with a lifelong interest in wildlife especially butterflies and moths. His book Field Guide to the Caterpillars of Great Britain and Ireland which he wrote with Phil Sterling and illustrated by Richard Lewington was published in 2020.

DA members can watch a recording of the talk: see this page. 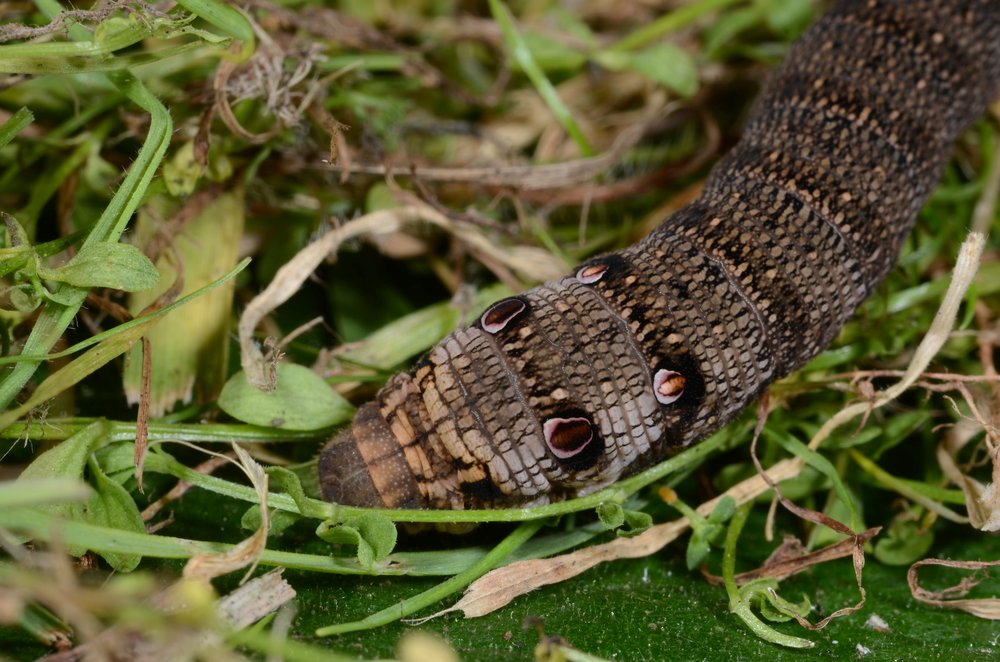 If you would like to make a donation for this talk please click the yellow button below. All donations are handled via PayPal. Credit cards and debit cards are accepted even if you don’t have a PayPal account.

Barry Henwood has spent a lifetime studying moths and butterflies and recently gave an illustrated talk to the members of the South Devon Branch of the Devonshire Association via Zoom. This was an occasion when members had a better view of his photos on their personal screens rather than a view on a projector screen from the back of a community hall. The talk concentrated on larger moths and there were more caterpillars than adults.

Moths and butterflies are heavily predated in their caterpillar form and have therefore had to develop defence mechanisms. It is estimated that blue tit chicks eat 50 billion caterpillars every year! Moths and butterflies spend a lot of time as caterpillars. During winter they enter a phase that is called “diapause” when they do not eat until spring and their skin changes according to the season.

Hiding is one form of defence. Green caterpillars on green leaves are difficult to spot. One moth spins the leaves together, making a little pouch for itself. Others can align themselves with the bark of a tree and Emerald moths, in diapause, cover themselves with algae or seeds to disguise them. In spring, they shed their skin and return to eating the leaves. Some moth caterpillars have spots that look like algae so that they blend in with the twig they are on while another looks like a brown leaf among a pile of old oak leaves. Barry’s photos were amazing and it was often difficult to spot the caterpillar he was describing. Fortunately he did point them out!

Another method of defence used by caterpillars is warning colouration. Some caterpillars are toxic to birds or they mimic bees or wasps, creatures birds have learned to avoid. One bird that can eat these toxic caterpillars is the cuckoo and for juvenile cuckoos they form the mainstay of their diet until they fly off to Africa for the winter.

Birds are hopping about in hedges or trees and keeping an eye out for their predators so they do not have long to spot a potential meal. Therefore some caterpillars use mimicry for their defence. One moth mimics bird droppings – as they have to be the correct size, it is usually micro moths that choose this method and they can change their appearance when they shed their skin.

The lunar hornet moth mimics a hornet and Barry showed a short video of two of them mating. He also showed a video of a moth taking nectar from a bluebell – spectacular images! Some caterpillars mimic snakes but as the UK has few snakes the birds must have an innate avoidance. One has to remember that many of our birds winter in Africa where snakes are common. Mimicking a snake is a low cost defence – it is just a pattern on the skin; there is no necessity to grow irritant hairs or produce a nasty scent.

Adult moths and butterflies can have scary patterns on their wings. One moth has enormous eyes on its wings that would startle any bird hopping about and help prevent it being eaten. To stay alive is an innate feature of any creature.

So many of our moth and butterfly caterpillars are masters of disguise that we do not notice them but Barry’s talk and wonderful photos have made members aware of the beauty and guile of these creatures.