A visit to Sampford Courtenay and Solland Farm.

The three-page flyer that advertised this event can be seen here.

Report on the visit 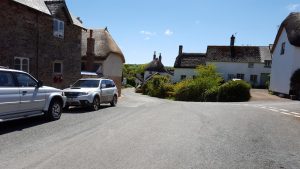 Sampford Courtenay is famous for the Prayer Book Rebellion of 1549 but the day began with a short presentation on the history of the village from pre-history, through the Romans and Anglo Saxons to the Middle Ages. At the time of the Doomsday Book Sampford Courtenay was a thriving farming community but events such as the Little Ace Age and bouts of plague meant that at times the community did not prosper.

Dr Helen Wilson and Dr Sue Andrew from the Buildings Section then led us down to the church, a very fine building rebuilt about 1450 with the font originating from the 12th century. It is a huge church with a spectacular waggon roof in the nave and north aisle. All images were taken down or defaced at the time of the Reformation and by the end of the 19th century the church was in a poor state of repair. In 1898 sufficient funds had been raised to begin the restoration. In 1901 the Lych Gate was built, the bells were rehung in 1905 and the new porch roof was installed in 1911. 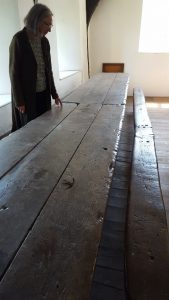 Original oak table and benches in the church house

The group then moved on to the church house. Church houses were built for the secular side of church matters and were used to holding fund raising activities. Devon has the most church houses in the country. The main event for raising funds was the Church Ale and though officially banned by 1549, there was probably one held at Sampford Courtenay on Whit Monday, 1549. Changes to the church came in on Whit Sunday 1549 when the traditional Latin Mass was said in English and the clergy wore plain vestments.

The people of Sampford Courtenay did not like the changes and on Whit Monday 1549 insisted the Rector don his previous robes and conduct the service in Latin. Whit Monday was another Holy Day and there was a village fair with entertainment, games and Church Ale. After being harangued by William Hellyons to obey the law, the crowd turned ugly and set upon him and killed him. Thus the Prayer Book Rebellion began.

Realising their grave crime, men of the community armed themselves and joined with the rebels from Cornwall who were approaching Crediton. After a six week siege of Exeter, the rebels were defeated at Fenny Bridges, and after a few further defeats across Devon, a final battle at Sampford Courtenay on 17th August ended the rebellion. 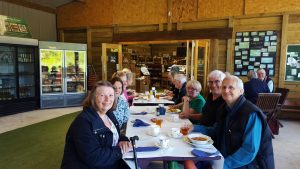 After a very enjoyable and informative morning, the group moved on to Solland Cider Farm where some members enjoyed their lunch! When all had finished their repast the group reassembled for a tour of the cider farm – 40 acres of cider apples in 5 varieties, a total of 14,000 trees. The tour did not include a trek around the trees but a very interesting tour of the cider-making process.

The farm was part of the De Courtenay estate in the time of Henry VIII when Henry De Courtenay was beheaded for opposing the King. His estates were then seized and all title deeds destroyed. Though now belonging to the Crown, no-one cared about the estate, taxes were imposed on wool, a major industry there, and changes within the Church caused discontent. It is possible that the tenant farmers from here took part in the rebellion.

Members were then able to taste and buy the cider produced!

All photos on this page are by Irene Derczynska. Click on them to see larger versions. Conditions of reuse are here. 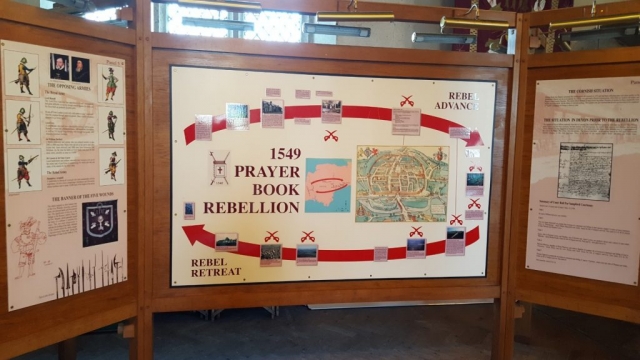 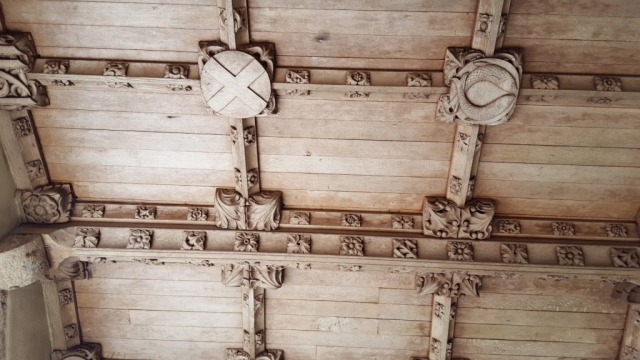 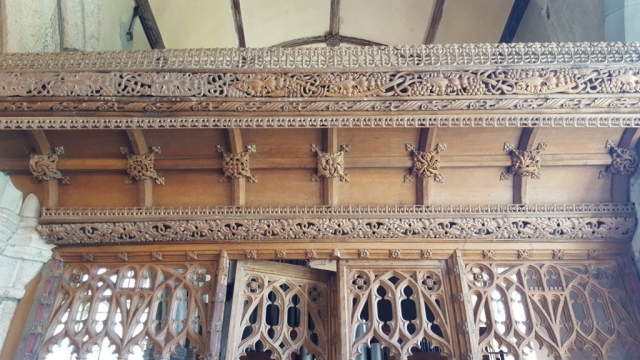 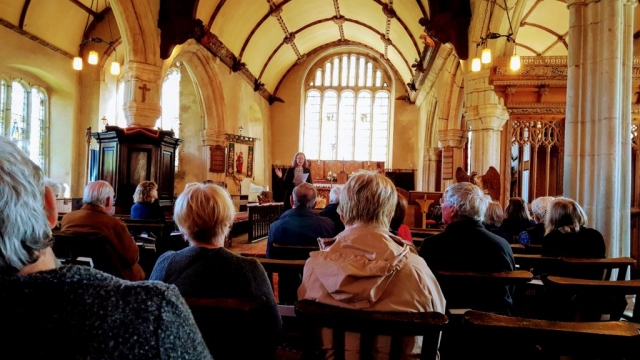 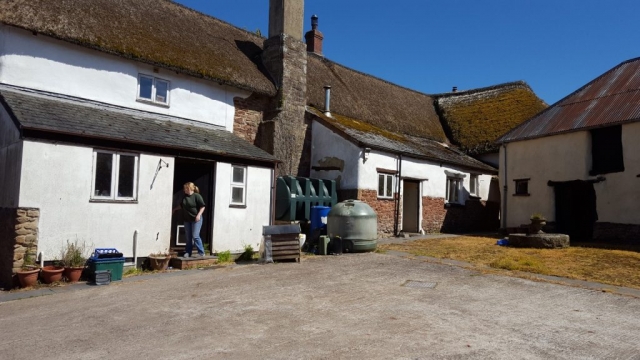 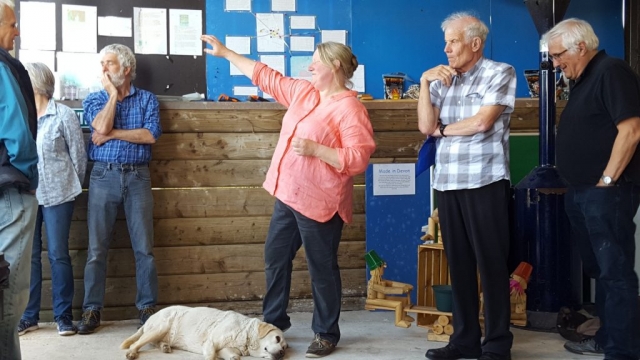 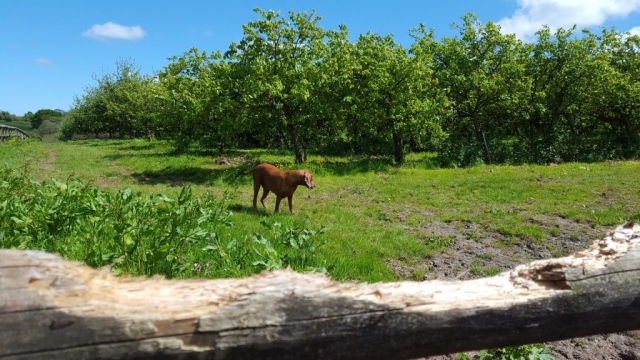