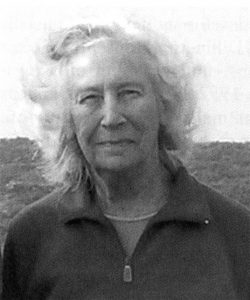 Anne Born, who died in July 2011 soon after her 87th birthday, was a greatly valued member of the Association. She was born Anne Cookes in London on 9 July 1924, the great-great-great granddaughter of Sir Thomas Cookes, founder of Worcester College Oxford. An only child, she was educated at home. Soon after war came, when old enough she joined the First Aid Nursing Yeomanry (FANY), which had expanded well beyond its initial nursing role and now provided transport, administration and instruction for the Special Operations Executive. Anne taught telegraphy at the SOE centre at Grendon Underwood in Buckinghamshire, particularly to servicemen from the occupied European countries. There she first met Povl Born, an engineer with the Danish air force. They met again later by chance on a London bus, were married in 1946 and moved to Copenhagen, where at the University Anne gained a Masters degree in English literature through Danish, and where her first son, Conrad, was born. Christopher, Caroline and Crispin were born after their return to England, where Anne taught English as a Second Language at St Clare’s Hall in Oxford, and gained a B.Litt. in the 1980s as a mature student at St Hugh’s College. In the early 1980s she inherited Oversteps, near Salcombe, which her parents had bought in the 1930s, beautifully situated above South Sands overlooking the Kingsbridge ‘estuary’. Until she was in her 80s Anne regularly walked down the steps to swim in the estuary waters. They remained in Devon, though she kept a house in Oxford and frequently returned there to visit her college and to give courses for aspiring writers.

Anne was a writer: a distinguished poet, an internationally recognized literary translator, and an informed local historian. A notebook owned by the family shows that she was already writing poems in 1944, and she continued to write and from the 1970s onwards to publish throughout her life. She was a leading member of the literary community in Devon, playing a major part in the Company of Poets and encouraging and assisting many in developing their writing skills through courses at Dartington College, Dillington House, the Exeter and Devon Art Centre – now the Phoenix – and in Ashburton, Kingsbridge, North Devon and elsewhere. In 1992 she founded Oversteps Books, a publishing company aimed at making good poetry more widely available, which in the following years produced many books of poems, some of whose authors have since gained international reputations. The company, bearing the name of the house she loved, still continues.

Anne was an excellent linguist. Fluent in Danish from her time in Copenhagen, she also studied Swedish and Norwegian and became established as one of Britain’s foremost translators of Scandinavian literature: classical works – including some by Hans Andersen – but also those of modern authors, until then virtually unknown outside their home country. She was an active campaigner on behalf of translators, working with the Society of Authors and on the Translation Advisory Committee of the Arts Council; and her long, distinguished career in translation culminated in the award of the Independent’s Foreign Fiction prize in 2006 to Anne and the Norwegian author Per Petterson for Out Stealing Horses, and in 2007 the IMPAC Dublin Literary Prize for the same work.

In Devon she also became an active local historian. Her publications include South Devon: Combe, Tor and Seascape (1983), A History of Kingsbridge and Salcombe (1986) and The Torbay Towns (1989). She was a keen member of the Kingsbridge History Society, and became its Life President. 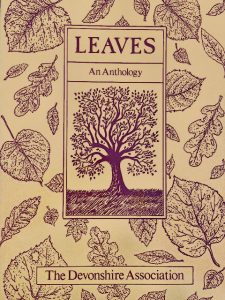 Anne joined the Devonshire Association in 1982. The DA had at that time an Art and Literature Section, but this closed in 1987, and by 1988 Anne had founded a new Literature Section. She remained its chairman until her death by which time, with her full support, it had become the present Literature and Art Section. From 1989 she contributed poems and historical and biographical papers to the Transactions, and in 1991 edited ‘Leaves’, an anthology of Section members’ poems, including five of her own. She represented the Section on Council until the latter’s dissolution in 2003, having chaired the Strategic Working Party that recommended the restructuring of the Association’s administration and the Annual Conference. She was Vice Chairman of the new Executive until 2009, and Local Secretary for the Annual Conference when the DA met in Salcombe in 2006. She was elected to Honorary Membership in 2010, in recognition of her many contributions to the Association.

Povl had died in 1999. Anne’s health began to deteriorate in 2008. Characteristically, soon after her first stroke she was writing poems about her new condition. She was happy in retirement at ‘Dawn’ in Dartington village, occasionally visiting her home and Dartmoor. She died, after a further stroke, on 17 July 2011, leaving four children, five grandchildren and five great grandchildren. Her memorial service at Malborough was attended by family and many friends: translators, historians, DA members and poets, some of whom read from her work. It is planned that some of her verses will be engraved as a memorial on the risers of some replacement steps to be constructed at Overbecks, the National Trust property and Youth Hostel near her home, where they will be seen by visitors and YHA members in perpetuity.

Anne was a splendid person, unassuming, acute, humorous and scholarly. She will be remembered with great affection.