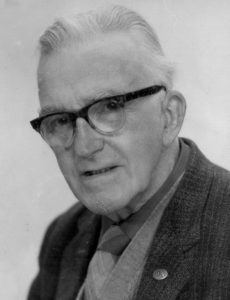 GUSTAVE WILFRED COPELAND, well known as an antiquary in the Westcountry, died on November 21st, 1967 at the age of 74. He had been the Honorary Secretary of the Association from 1957 to September 1966.

Mr. Copeland was born at Penkhull, Stoke-on-Trent, and, having served with the South Staffordshire and Second Suffolk Regiments in World War I, took the profession of schoolteacher. He taught in Plymouth from 1928 until his retirement in 1955. At that time he was senior French master at the Plymouth Secondary School for Boys. In 1956 he moved to Topsham.

While at Plymouth he was very active in the local societies. He was President of the Plymouth Institution, 1947 to 1949, and of the Plymouth Field Club from 1947 to 1950. He acted as Hon. Secretary of the Plymouth Branch of the Association from 1941 to 1955, as well as of the Old Plymouth Society over about the same period. The latter Society, who have done so much to keep the City Authorities aware of the interest and value of their heritage, owe him a particular debt.

Mr. Copeland’s knowledge of buildings of all periods was encyclopaedic, and the Association has suffered a great loss at the passing of one of its most erudite members. Apart from buildings and their construction, his interests embraced archaeology, heraldry, botany, art, music, and photography. He was a Fellow of the Ancient Monuments Society, and of the Royal Society of Antiquaries of London.

The sympathies of her many friends in the Association are extended to Mrs. Copeland.

G. W. Copeland was one of the first people within the DA to systematically record various types of buildings and publish his findings in TDA. His series on Devon Dovecotes ran to six papers, between 1937 and 1967, covering several in each. He was acutely aware that these largely redundant agricultural buildings were fast falling into disrepair and wished to record them while they were extant. His work on Devon Church Houses was extensive and his findings published in seven papers between 1960 and 1967. This was again an overlooked type of building that had lost its original purpose and was therefore prone to alterations that often masked its once important status in the community.

We owe G. W. Copeland a debt of gratitude for recording these and other Devon buildings.

Other writings in Transactions