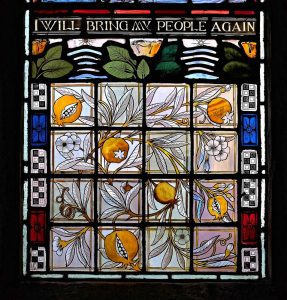 Our two summer visits were both to locations on Plymouth Hoe.

In July we visited the Royal Citadel, Plymouth’s most important historic building and one of Britain’s finest 17th century fortresses. Commissioned by Charles ΙΙ in 1665 to counter a threatened Dutch invasion, it is still in military use today. An English Heritage event with a good knowledgeable guide; the tour including ramparts and St Katherine’s Chapel took about two hours including security checks. Most tickets were reserved in advance, maximum party size for this venue being 30. 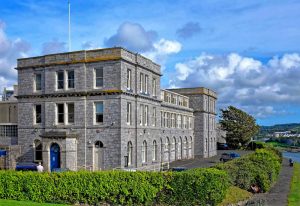 We visited the Marine Biological Association (MBA) in September, a visit kindly organised and led by marine phycologist Dr Gerald Boalch. Gerald gave us an introductory talk covering the laboratory’s range of research work and provided insights into some of its key scientific breakthroughs. He explained how the Association was founded in 1884 to advance the study of marine life during a meeting held at the Royal Society in London prompted by concerns about over-fishing.

The Citadel Hill laboratory was opened in 1888 and was the first dedicated marine station in Great Britain and among the first in Europe. It has facilitated the work of twelve Nobel Prize winners and over 170 fellows of the Royal Society. Today it is still at the forefront of marine science. A tour of the building, including the National Marine Biological Library (NMBL) and algal herbarium, culminated with tea in the common room overlooking Plymouth Sound. 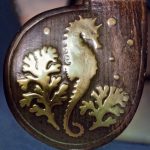 The MBA insignia on a newel post in the Laboratory 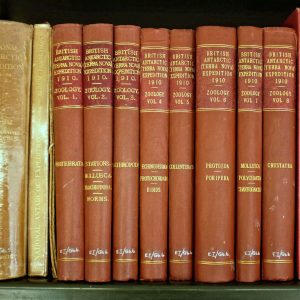 Some of the diverse range of books in the MBA Library 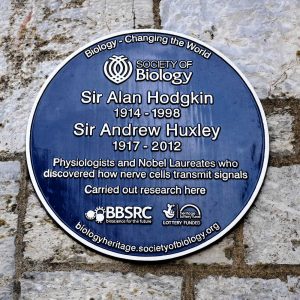 Plaque commemorating researchers at the MBA

Our winter lecture programme commenced in October with a presentation by Peter Holt about the SHIPS Project (SHIPS being an acronym for Shipwrecks and History in Plymouth Sound). Peter, a chartered engineer, surveyor and underwater archaeologist, has worked on shipwreck sites in 23 countries including the Mary Rose, the Dutch ship Rooswijk and Vasco da Gama’s ship Esmeralda. With his wife Mallory, he runs the project which investigates and records Plymouth’s maritime history. The first recorded wrecking of an English warship in Plymouth was in 1627 and this was followed by the loss of more than 30 warships to weather, mines, foundering and fire. Ships studied that were lost off Plymouth range from wooden warships of the 18th and 19th centuries through early WW1 submarines to small armed trawlers sunk in the 1940s. This was the story of some of those vessels (and associated finds), the people that manned them, and their place in the maritime history of Plymouth.

In November DA Vice Chairman, Dr Sue Andrew gave a talk entitled ‘A matter of conscience: a Devon family and the Great War’. Intriguingly, she began by explaining that above Foxtor Mire, near Princetown, stands a small medieval granite cross which was discovered broken and almost buried, by a young naval lieutenant, Len Goldsmith, in 1903. Goldsmith had the cross repaired and reset in its socket stone and it bears his name. This talk related the story of Len Goldsmith, his brother Harry, and their father, John Philip, Mayor of Devonport 1908–09 and Mayor of Plymouth 1916–17. The story focussed on the Great War and was told as far as possible in the men’s own words, taken from their diaries and letters. Sue has a paper on this in the latest volume of Transactions.

For December, Dr Keith Hiscock (of the Marine Biological Association) an ecologist who has been studying marine habitats and species for more than 50 years gave a talk about ‘A natural history of seabed habitats off South Devon’. This was richly illustrated with photographs taken during his thousands of hours as a diver recording and observing subtidal species and their diverse habitats. Keith’s latest book ‘Exploring Britain’s hidden world – a natural history of seabed habitats’ was published in 2018 and he has contributed a 30 page paper on ‘Devon’s shores and shallow seas’ in the bumper volume 150 of the Transactions.

Our 2019 AGM held in January was followed by two short talks: ‘The caves of Berry Head and Plymouth’ by Prof. Malcolm Hart and ‘Plymouth’s street furniture’ by Dr Anthony Lewis.

Lectures in the pipeline: