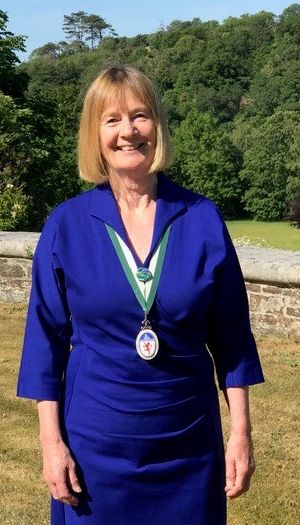 Clare Broom DL has a professional and academic background in nature conservation, planning and countryside management. She spent thirty years working as an academic in the University sector, and as Head of an Environmental Science Department lead a small agri-environment research team. She was Dean of Faculty at the University of Plymouth’s Seale Hayne campus and subsequently served as a Deputy Vice-Chancellor at the University. She has held DEFRA appointments on two of the Environment Agency’s Regional Flood and Coastal Committees. She has also worked as an environmental consultant.

Clare lives in West Devon near Yelverton. Her family connections with Devon go back over two hundred years. She is a Deputy Lieutenant of Devon.

Due to the restrictions on gatherings as a consequence of the Covid-19 pandemic, Clare Broom DL became the 159th President of the DA in absentia on Saturday 6th June 2020. 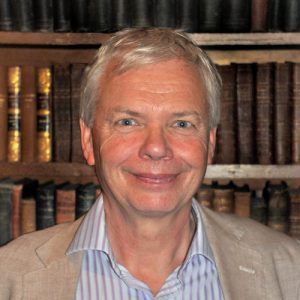 For twenty years (1984–2004) he was Curator of Antiquities at Exeter Museum. He has served as Joint Editor of the international journal Post-Medieval Archaeology and Editor (1984–1997) of the Devon Archaeological Society, and is currently the President of the Friends of Devon Archives. He has also been a leading specialist in the field of medieval pottery in South-West England since the 1970s. He has published one book, an edited volume and about 140 papers on different aspects of the medieval and later archaeology of South-West England including ceramics, church architecture, numismatics, domestic buildings and cultural links to Brittany.

He lives in Exeter with his wife Jill, and has two sons and two grandchildren who also live in the city. 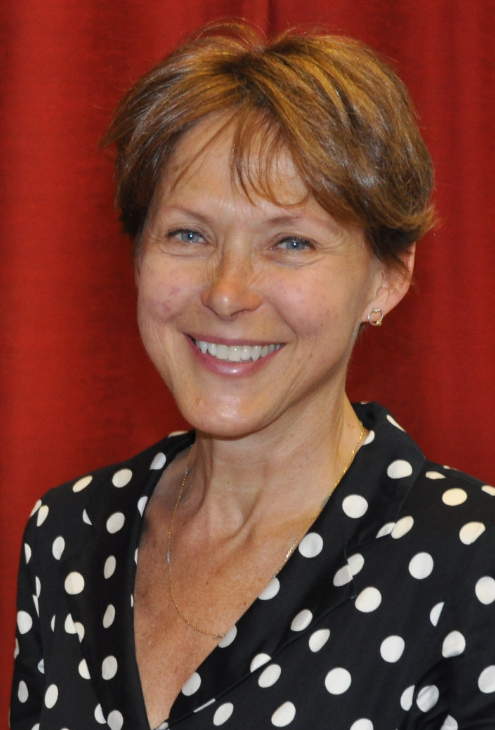 Dame Suzi Leather chairs the Office of the Independent Adjudicator for Higher Education, the ombudsman for higher education students; serves on the board of the General Medical Council; and is a trustee of Stepchange, the debt advice charity. Locally, she chaired the Plymouth Fairness Commission, is a Vice-President of Hospiscare and served on the Council and Ethics Committee of Exeter University.

Dame Suzi has a wide professional background having been Chair of the Charity Commission, the Human Fertilisation and Embryology Authority, the School Food Trust, the School Meals Review Panel, the Council of Food Policy Advisers and Lankellychase Foundation. She was the founder Deputy Chair of the UK Food Standards Agency. In the health field she chaired a local NHS trust and the Ethics Committee of the Royal College of Obstetricians and Gynaecologists.

Dame Suzi lives in Exeter and is married with three adult children and a grandson. She went to Tavistock School and has lived in Devon on and off since her sixth birthday. She is married to Professor Iain Hampsher-Monk, the historian of political thought. She is an active, if slow, triathlete and also enjoys long distance walking having done four camino routes to Santiago de Compostela and last year completed the GR20 in Corsica.

Suzi was created a Dame Commander of the Order of the British Empire in 2006 and is a Deputy Lieutenant of Devon.

October 2018: Symposium, “Back to the Future: the Social Landscape of Devon” 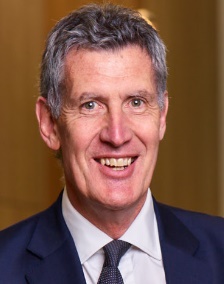 David Fursdon came to Devon with Catriona in 1979 after an early career in the civil service, a short commission in the Gurkhas and a degree from St John’s College, Oxford, to improve the fortunes of his 750 year-old family estate at Cadbury, in Mid-Devon. After a spell teaching geography, debating and cricket at Blundell’s School, he went to the Royal Agricultural University and qualified as a rural surveyor. He worked in Devon as an equity partner of Stags and then became President of the CLA in 2005.

Since then he has been a board member of the Crown Estates, English Heritage, the SW Regional Development Agency, The National Trust, the Historic Houses Association, the Duchy of Cornwall Rural Committee and the Affordable Rural Housing Commission. He chaired the SW Board for London 2012, and the Government’s Future of Farming Review, and is currently Chairman of Beeswax Dyson Farming Ltd, and the SW Rural and Farming Network.

He was High Sheriff of Devon and is now Her Majesty’s Lord Lieutenant of the County.

October 2017: Symposium, “The Making of the Devon Landscape” 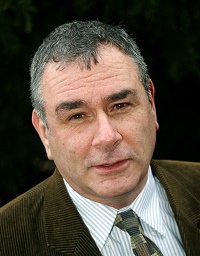 Dr Todd Gray is a historian who was born in New England in 1958. He has served the Devonshire Association as chairman of the History Section and as a member and chairman of the Council.

Doctoral supervision at Exeter University was undertaken with Professor Joyce Youings, former President of the Association and a keen enthusiast of Devon’s history. Since that period his publication of more than 40 titles on the history of Devon has demonstrated an unrivalled knowledge of the documentary sources in the county and across Britain. He has conducted field work in every village, town and city in Devon and has given some 1,000 lectures in every corner of the county. He has also curated more than 12 exhibitions for the City of Exeter and was responsible for the loan of the Royal Salt, the only item of the Crown Jewels and Plate to be exhibited outside London.

The promotion and safeguarding of the local archive service remains a key interest as has been the underpinning of the county’s historical community through service with the Devon & Cornwall Record Society (chairman), Friends of Devon’s Archives (chairman), the Devon Family History Society (president), Devon & Cornwall Notes & Queries (committee member) and the Devon History Society (committee member).

Research, publication and lecturing has made Dr Gray the most visible Devon historian since W G Hoskins.

October 2016: Symposium, “Historians, their Manuscripts, and the Creation of History”

April 2013: Symposium, “The Inspiration of Devon”