Comparing this first report produced by the DA with recent conference reports, we can see that although things are now on a larger scale, the framework of what we do at our conferences was set right at the start, showing, perhaps, the great foresight of the founders. 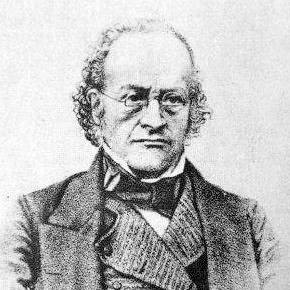 THE REPORT OF THE COUNCIL,

As presented to the General Committee, at Plymouth, July 29th, 1863.

The Council of the Devon Association for the Advancement of Science, Literature, and Art have much pleasure, in this their first Annual Report, in being able to congratulate the Members on the complete success of the year’s proceedings.

In establishing a Society of the character of the Devon Association, many difficulties present themselves; amongst these, not the least is that of obtaining good and efficient Officers, such as will not only carry out their respective duties satisfactorily, but will also, from their social position, their literary standing, and their courtesy and urbanity of manner, give a character to the proceedings of the Society, which must materially influence its future success. In obtaining these happy combinations in the Officers for the year, the Council believe they have been eminently successful.

Sir John Bowring, LL.D., F.R.S., &c., a name long associated with the literature of Europe, kindly consented to become the President, and The Right Worshipful the Mayor of Exeter, not only welcomed the Association to the city in his official capacity, but also kindly allowed his name to be placed amongst the Vice-Presidents. Sir Lawrence Palk, Bart., one of the Members of the County, A. H. A. Hamilton, Esq., and Dr. Shapter consented likewise to become Vice-Presidents.

It was thought by those interested in the formation of the Association, that the first meeting might appropriately be held in Exeter, as the chief city of the county, and the 14th of August was appointed as the day for the Association to commence its sittings. On this day, the Members assembled at the Clarence Hotel, and after the appointment of Officers, &c., the President delivered his address.

On the 15th, the Association met at eleven o’clock, when the following papers were read and discussed.

In the evening, the Members were entertained at a Conversazione given by the Devon and Exeter Graphic Society, when they had the opportunity of inspecting a large and choice collection of Works of Art, solely by Devonshire Artists; a variety of interesting objects of Natural History, and some rare and valuable Microscopic and Spectroscopic illustrations.

The last day of the meeting was devoted to a visit to that most interesting locality, the Bovey Heathfield, under the able guidance of William Pengelly, Esq.

The Council feel that the best thanks of the Association are due to the Committee of the Devon and Exeter Institution, for having permitted them to meet in their spacious Library for the transaction of the preliminary business of the Exeter Meeting.

The Council congratulate the Members on the financial state of the Association, the Treasurer having a balance in hand of £7 4s. 2d.

The Council cannot close this report without again recording their satisfaction at the successful manner in which the proceedings of the first year have terminated, and hope that, at no distant day, the efforts of the Association will obtain for them a general acknowledgment that they have been highly instrumental in fulfilling the objects the Association has in view; viz., The advancement of Science, Literature, and Art in Devonshire.

The Council have published the President’s Address, together with Abstracts of the Papers read before the Association, the Treasurer’s Report, and the Bye-laws; and the Secretaries have forwarded copies of the same to every original Member of the Association, and to each of the Literary Societies and Institutions in the County.

They have the gratification also of reporting that through the courtesy and liberality of the Directors of the South Devon Railway, the Secretaries have been enabled to secure to the Members facilities in travelling to the next meeting.