Our winter season continued with two popular talks on local issues. Paula Clarke, the current engagement officer at Castle Drogo, brought a depth of knowledge and an enthusiastic approach to her excellent presentation in February. We learnt how Castle Drogo, high on Dartmoor and exposed to constant strong winds and driving rain, finally resolved the problem of water penetration which had plagued it from the day it was built through its numerous flat roofs, windows and walls. Incredibly the castle remained open to the public over the time of the project and, rather than numbers falling, it has welcomed well over half a million visitors. The end of the work is almost in sight, rooms are being restored to their original designs and finally the castle will be watertight. 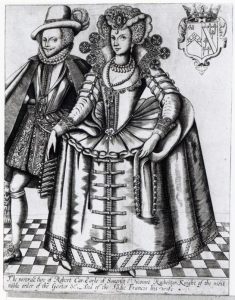 This was followed at our March meeting by an exposé by Dr Geri Parlby, well known in the area as an art historian and lecturer, on the colourful ancestors of the Dukes of Bedford over the centuries – from wine merchants, poisoners, mine-owners to creators of afternoon tea. Not only the men of the family but also their wives led rich and varied lives. The family have also often proved responsible for changes to the manners of the day introducing the short powdered Bedford level hair-cut and the custom of taking afternoon tea.

Following our AGM in April, Commander Richard Finnemore, chairman of the Devon Rural Skills Trust, treated members to an inspiring account of the activities of the organisation. The Trust was established in 1980, with £10 from Devon County Council, to promote and to safeguard the future of traditional country skills at a time when those craftsmen who practised them were still in a position to pass on their knowledge. Many of the skills, such as dry stone walling and hedge banking, were originally created and maintained by the forebears of these men and women, using techniques handed down from generation to generation, techniques which often differed widely from one region of the country to another.

Our summer events included a visit to Kelly Mine, one of some ten mines in the Lustleigh area working deposits of micaceous haematite, a flaky form of iron oxide. A small rail track was used to transport the ‘sand’ from the actual hillside and from the mine under the hill, to undergo different processes, before the final product was ready for sale. It was used in rust resistant paint by the Royal Navy on their ships
and by Great Western Railways. This special paint was also shipped to Australia and applied to the newly opened Sydney Harbour Bridge. Opened in 1877 Kelly Mine closed in 1944. The area then became densely overgrown, but in 1984 the mine was saved when the Kelly Mine Preservation Society was formed.

Since then the Society has been restoring and preserving the site which is now regarded as a time capsule enabling those who visit it to experience life as it was lived amongst this former mining community. The ore-washing, jigging and stamping equipment is fully operational as is the other machinery in the mill – kibbles, settling tanks, waterwheels and narrow gauge railways. 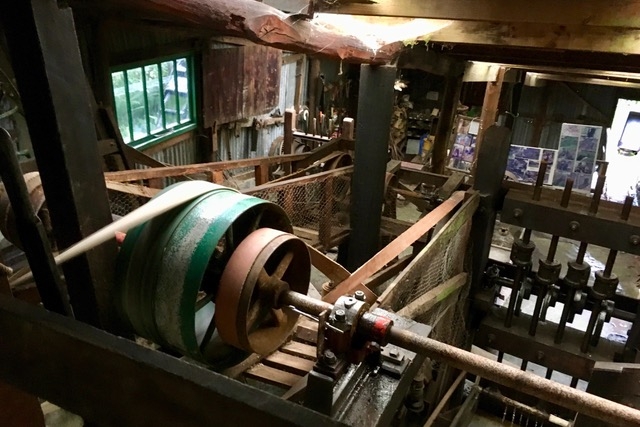 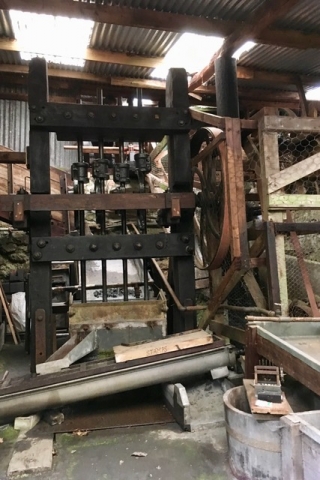 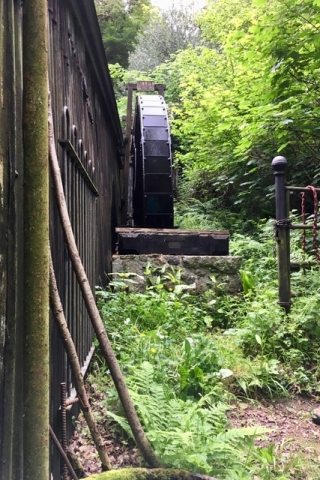 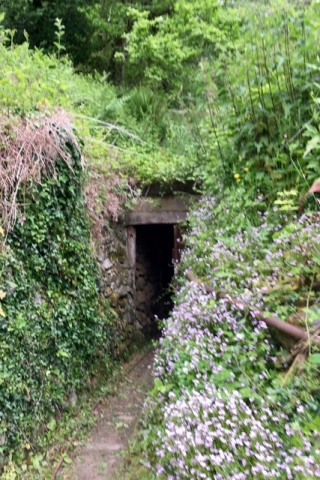 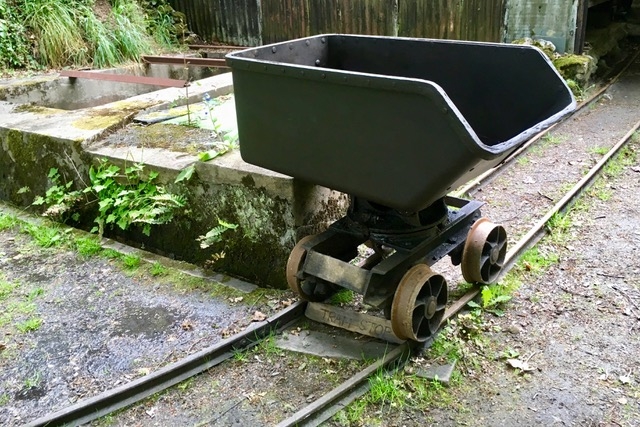 On one of the very few fine evenings in June the Branch as a first venture hosted a Wine and Cheese Tasting Evening, featuring a wonderful choice of cheeses from the award winning Country Cheeses of Tavistock and a collection of six wines. The cheeses and the majority of the wines came from within the county emphasising the high quality of foods available from local outlets. Both were accompanied by a variety of freshly home-made breads. Judging by the enthusiasm which this evening engendered, it will hopefully not be the last. We are grateful to Bob and Sheila Naybour for organising such a special evening.

An added attraction was the opportunity to view the three memorial stones in the Tavistock Vicarage garden, evidence of Dartmoor’s earliest writing and dating back to AD 600. Under the expert guidance of Tom Greeves, we were able to study the stones in situ and to learn much of their history. Currently exposed to weathering, mosses and lichen, the stones are seldom visited. A plan to return the two Buckland stones to a suitably secure location, where they could be permanently displayed to the public, was launched in 2014 and is still an ongoing project. 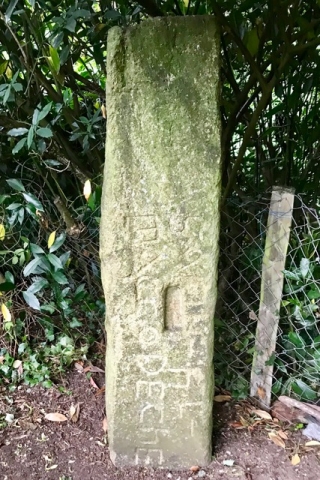 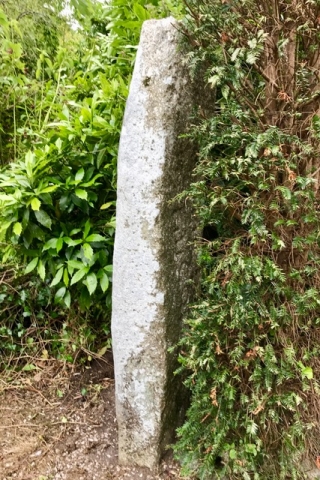 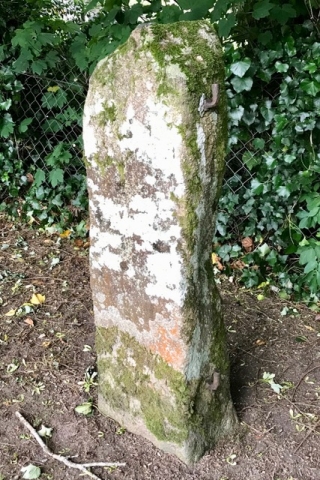 Future events in September include a tea at Tor Royal and, in association with the Music Section and Tavistock Subscription Library, an evening of word and song hosted by Dr Todd Gray, revealing the fascinating history of Devon’s anthem Widdicombe Fair. Unknown variants of the ballad will be reintroduced, some after hundreds of years.

The first talk of our new season will cover Ocean changes and how they affect the coastlines of Devon and Cornwall. Later we look forward to hearing about Dartmoor boundaries and to welcome the chief blender of Voyager Coffee in Buckfastleigh with a tasting of coffees from around the globe.

You can see a list of all our upcoming events here.